The Liverpool striker told Belgium’s Sport/Voetbal magazine he can’t understand why he has fallen down manager Jurgen Klopp’s pecking order of strikers this season. Benteke has started only one of the 10 Premier League games Liverpool has played in 2016, as his first season with the club descends toward abject disappointment.

“Some teammates have said I was lucky with the arrival of Klopp, because I certainly would play,” Benteke told Sport/Voetbal, according to Sky Sports. “When your coach says he wanted to take you to Dortmund and a little later you sit at the same club and he ignores you, it is hard to understand.”

“I find it bizarre. I do not understand why people say that,” Benteke said. “I can play pressing and moving a lot. It is not that we play in the Barcelona style.

But Liverpool fired Rodgers less than two months into the season, and Klopp’s arrival seems to have altered the compass of Benteke’s Liverpool career.

The 25-year-old Belgian recently turned down a chance to make a big-money transfer to a Chinese club. He’ll fight for an increased role at Liverpool for now.

“In January, I didn’t want to leave, and it’s still my desire to succeed at Liverpool,” Benteke said. “We’ll see at the end of the season.”

What happens with Benteke this summer is anyone’s guess. 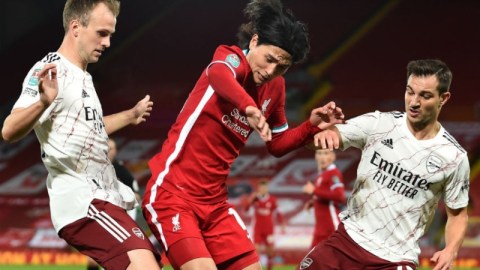