The Cleveland Cavaliers apparently remembered to eat their Wheaties when they woke up Wednesday morning.

While America was busy apologizing to the Toronto Raptors for overlooking them, the Cavaliers casually took their two consecutive losses in stride and prepared for Game 5 at home. Whatever they did worked, as the Cavs set an NBA record en route to a lopsided 116-78 Game 5 blowout, pushing Toronto to the brink of elimination.

Cleveland dominated the game from tip-off. Kevin Love scored a game-high 25 points for the Cavaliers, while Raptors All-Stars DeMar DeRozan and Kyle Lowry combined for just 27 points and a horrific minus-57 plus-minus rating. James and Kyrie Irving added 23 points each for the Cavs.

7th time this season LeBron/Love/Irving have each scored 20+ points in a game.

The Cavaliers are 6-0 this season when they all do so.

For the Raptors, it seems playing at Quicken Loans Arena is like their own personal Earth-destroying asteroid 64 million years in the making.

The #Raptors are now 0-4 in Cleveland this year. In those 4 losses to @Cavs, Toronto's lost by a combined total of 110 points! #CavsRaptors

And history isn’t on their side.

The Raptors have at least one last chance at survival, as the series shifts to Toronto for Game 6 on Friday night. And, hey, now that the asteroid hit, things can only get better. Right?

How Did Rockets, Pacers, Cavaliers Fare In Nets Trade For James Harden? 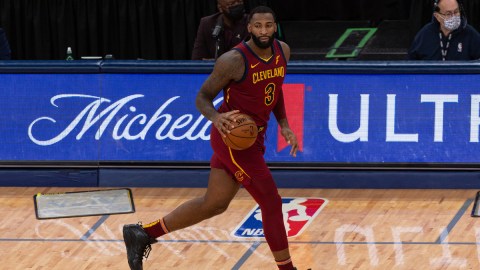 Is This Andre Drummond Sequence The Worst Offensive Possession In NBA History? 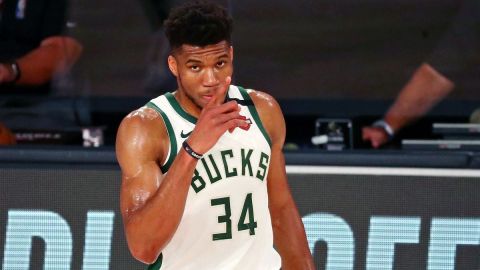