Tom Brady: 'Only In Buffalo' Would Someone Throw Sex Toy On Field - NESN.com Skip to content

During the third quarter of the New England Patriots’ 41-25 win over the Buffalo Bills, one fan in attendance believed it was a good idea to throw a rubber sex toy onto the field.

The R-rated object landed a few yards from Patriots wide receiver Chris Hogan, and an official swiftly kicked it off the playing surface while CBS’s announcing team tried to explain what had happened without actually explaining what had happened (“That’s not a flag …”).

Several Patriots players had a laugh about the incident after the game, and quarterback Tom Brady did the same Monday morning in an interview with WEEI’s “Kirk & Callahan.”

?I did see it,” Brady said. “Yes I did, I did see it. I thought it was funny the ref didn?t want to pick it up. He was kicking it. Nobody wanted to reach down and grab it. 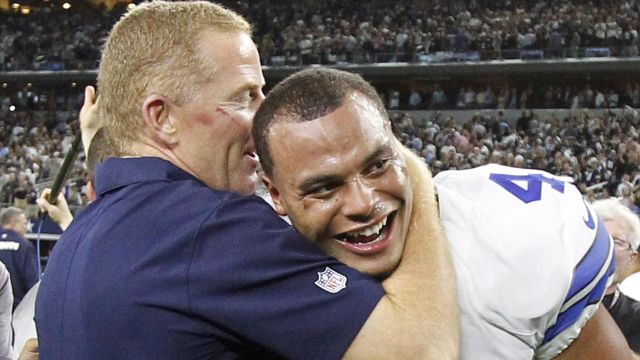