Boston’s latest campaign brings a mix of excitement and uncertainty. The offseason additions of ace Chris Sale and Gold Glove first baseman Mitch Moreland to a young, talented nucleus should make the Red Sox a serious American League contender, but the team has a giant hole to fill after David Ortiz’s retirement and plenty of questions to answer at other key positions.

We’ll start finding out those answers over the next seven weeks, during which veterans will iron out the kinks and roster hopefuls will try to prove their merit. So, what should you be watching for between now and Opening Day? Let’s take a look.

Most intriguing storyline: Starting rotation logjam
Having too many starting pitchers isn’t the worst problem, but it still needs to be addressed. The Red Sox have a studly trio at the top of their rotation in Sale, Rick Porcello and David Price. After that, things get murky: Even after trading Clay Buchholz, Boston still has three pitchers — Eduardo Rodriguez, Steven Wright and Drew Pomeranz — battling for the No. 4 and No. 5 spots.

All three have plenty to prove in 2017. The 23-year-old Rodriguez boasts the best talent and upside and finished strong last season, but concerns about his consistency and durability still linger. Wright’s surprising All-Star campaign derailed in the second half, partly due to an August shoulder injury, and he’ll have to show 2016 wasn’t just a flash in the pan. Pomeranz, meanwhile, struggled to find his groove last season and will need to pitch better to justify Boston giving up a top prospect to acquire him at last summer’s trade deadline.

If the Red Sox can get solid production from the bottom of their rotation this season, they’ll be dangerous. Spring training could offer an early indicator of whether that’s possible.

Player to watch: Pablo Sandoval
Under normal circumstances, Sale would be the obvious choice. But it’s impossible to ignore the constant swirl of attention that’s followed Sandoval’s so-called redemption tour.

The Red Sox third baseman showed up to last year’s spring training out of shape and flopped massively, playing in just three games before a shoulder injury ended his season. Sandoval then dedicated himself to losing weight this offseason, posting workout videos to Instagram and vowing to turn things around in 2017.

So far, the results look good. But what matters most is production on the diamond, and we’ll soon find out whether the new-look Sandoval has improved his game as much as his diet.

The 20-year-old Devers excelled in High-A Salem last season, posting a .282 batting average with 11 home runs and 71 RBIs in 128 games, and has exceeded even the Red Sox’s own high expectations since they signed him out of the Dominican Republic in 2013.

Devers likely needs more experience before cracking the big league roster, but he’s taken the mantle from Yoan Moncada as Boston’s latest infielder-in-waiting. And considering the team’s uncertainty at third base, he might get plenty of chances to prove his worth over the next few weeks.

The Cuban outfielder whom the Red Sox signed to a seven-year, $72.5 million contract in 2014 hit a low point last June, clearing waivers and being outrighted to Triple-A Pawtucket. Boston hasn’t given up on Castillo completely, or the team wouldn’t have invited him to 2017 camp. But time is running out for the 29-year-old, especially in the Red Sox’s crowded outfield.

In the best case scenario, Castillo proves enough in spring training to earn himself a roster spot and provide the team with outfield depth. In the worst case, he could find himself relegated to the minors or shipped out of town.

Dark horse to make roster: Sam Travis
Devers could turn heads this spring, but don’t sleep on Travis, Boston’s other promising infield prospect. The 23-year-old first baseman finally is healthy after recovering from ACL surgery this offseason and was one of Triple-A Pawtucket’s best hitters before his injury.

Travis could give Hanley Ramirez and Moreland a run for their money in spring training and might be making a big league appearance soon, even if he can’t crack the Opening Day roster.

Five questions
1. How can the Red Sox replace David Ortiz?
Here’s the short answer: They can’t. But the team still needs a designated hitter in its lineup. Ramirez looks like the front-runner to fill his fellow countryman’s role, with Moreland assuming first base duties. Sandoval also could figure into the mix, though, if the team opts to slot Brock Holt into third base on occasion.

2. Can Boston’s Big Three live up to the hype?
There’s arguably no better pitching trio in baseball than Sale, Porcello and Price — on paper. But Price’s up-and-down 2016 proved pennants aren’t won on paper, while Sale and Porcello will be expected to follow up on excellent 2016 campaigns. The bar is set high for all three pitchers. Can all three reach it?

3. Who will win the starting catcher job?
Sandy Leon surprised everyone with his offensive production last season, but that dipped significantly in the second half. Christian Vazquez, now almost two years removed from Tommy John surgery, will be eyeing Leon’s job, while catcher-turned-outfielder Blake Swihart could see more reps behind the dish to put the pressure on both backstops.

4. Can Boston’s new-look bullpen produce results?
The ninth inning still belongs to Craig Kimbrel, but the addition of Tyler Thornburg, the departure of Koji Uehara and the emergence of Joe Kelly as a late-inning option should give the Sox’s bullpen a different feel in 2017. The latter innings were a problem spot for Boston last year, so the spotlight will be on this relief unit.

5. Can Andrew Benintendi take the next step?
Benintendi burst onto the scene last season with an impressive major league debut, and it looks like the sky is the limit for the 22-year-old outfielder. If he can follow in the footsteps of Mookie Betts and Xander Bogaerts and take his game to the next level in 2017, this offense could do some serious damage. 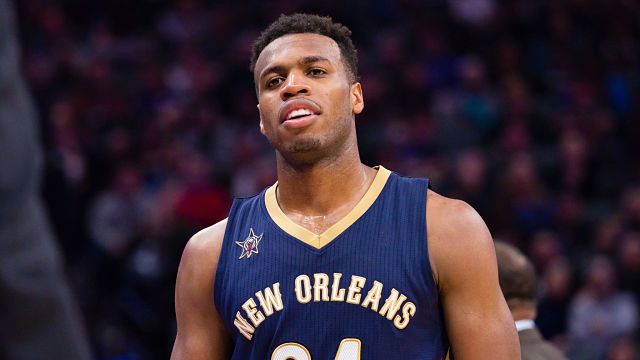 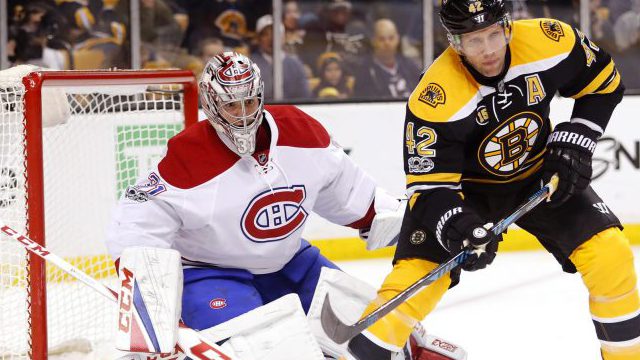