The New England Patriots’ wide receiver group was very, very talented at the end of the 2016 season. And it got a whole lot better Friday.

After more than a week of speculation, the Patriots reportedly swung a trade for wideout Brandin Cooks, sending their first- and third-round draft picks (Nos. 32 and 103) to the New Orleans Saints in exchange for the 23-year-old speedster and New Orleans’ fourth-round selection (No. 118).

Here’s a quick look at what the Patriots’ depth chart at receiver would look like once the reported trade goes through:

Quarterback Tom Brady’s favorite target had the most productive season of his career in 2016 and was especially lethal during the home stretch, surpassing 100 yards in three of New England’s final four games. Edelman caught 38 more passes than any other Patriots player during the regular season, then caught 21 more in the playoffs. He’ll turn 31 in May, though, and is entering the final year of his contract, which might have played into the Patriots’ decision to acquire Cooks.

Cooks would have been one of the youngest players on the Patriots’ roster this season, yet he already has two 1,000-yard seasons under his belt. He ran a 4.33-second 40-yard dash at the 2014 NFL Scouting Combine and was a devastating downfield weapon for Saints quarterback Drew Brees, catching 11 passes of 30 yards or more last season. That list included touchdowns of 45, 65, 87 and 98 yards. Cooks has one year remaining on his rookie contract, plus a team option for 2018.

Hogan quickly established himself as the Patriots’ most dangerous deep threat in years in his first season in New England. His 17.9 yards-per-catch average during the regular season was tied for best in the NFL, and he elevated his game to an even higher level during the postseason. He averaged 110.7 yards per game over New England’s three playoff contests, highlighted by his nine-catch, 180-yard, two-touchdown performance in the AFC Championship Game against the Pittsburgh Steelers. Hogan is under contract through 2018, and he’ll have a salary cap hit of just below $3 million this coming season.

After a quiet start, Mitchell came on strong over the second half of his rookie season, with all four of his touchdown catches coming after Week 10. He has great hands and should play a major role in the Patriots’ offense for years to come. His rookie contract expires in 2020.

Amendola has been a reliable, clutch receiver throughout his Patriots tenure, as evidenced by his hugely productive game in Super Bowl LI. He’s technically under contract through the 2017 season, but he has a cap hit of nearly $7.8 million. His production and age (31) certainly don’t warrant that lofty of a paycheck, and it’s been widely reported he’ll need to restructure his deal if he wants to remain in New England. He reportedly was open to doing so, but it’ll be interesting to see how or if the Cooks trade alters those plans.

Floyd showed promise after the Patriots claimed him off waivers late in the season, but he wasn’t able to pick up the playbook quickly enough to have an impact during the playoffs. He’s currently an unrestricted free agent, and it seems unlikely New England would bring him back after adding Cooks to the mix.

**The Patriots also have wide receivers Matthew Slater and Devin Lucien under contract through this season. Slater is a core special teamer who rarely sees action on offense, and Lucien spent all season on the practice squad after New England drafted him in the seventh round last year. 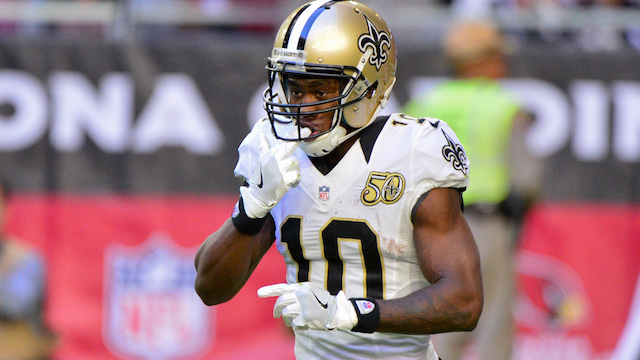 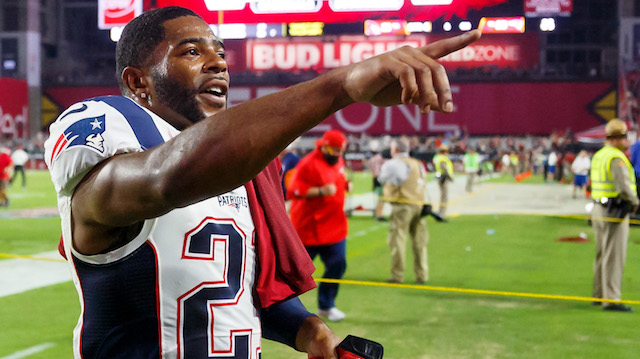