Three Reasons Why Celtics Should Be Wary Of Bulls In First-Round Matchup - NESN.com Skip to content

Let’s start on a positive note: The Boston Celtics are the No. 1 seed in the NBA’s Eastern Conference, and that achievement should be celebrated.

The C’s were one of the worst teams in basketball just three seasons ago, and the work of Danny Ainge and Brad Stevens to transform them into the top team in the East for the first time since 2008 is nothing short of incredible. Considering they also own the best chance at the No. 1 overall pick in the 2017 NBA Draft, things are looking up on Causeway Street.

But Boston’s path to the NBA Finals will be considerably tougher than it was in 2008, starting with its first-round matchup against the Chicago Bulls.

The No. 8 seed Bulls went 41-41 in a regular season marked by inconsistency and drama. Yet there are reasons to suggest the C’s will have their hands full with Chicago. Here are three.

1. Boston doesn’t have the résumé of a No. 1 seed. Finishing with the best record in your conference is no small feat, but the C’s aren’t exactly a traditional top seed. Not since the 2006-07 Detroit Pistons has a No. 1 seed had an equal or lower winning percentage (.646) than the Celtics, whose 53-29 record would place them fourth in this year’s Western Conference playoffs. Boston also has the lowest point differential advantage over Chicago (2.2 points) than any other playoff matchup outside the No. 4 Los Angeles Clippers vs. the No. 5 Utah Jazz.

The Cleveland Cavaliers still are the favorites to emerge from the East despite their recent struggles, further evidence that Celtics-Bulls is far from your traditional lopsided 1 vs. 8 matchup.

2. The Bulls thrive in the spotlight. Yes, Chicago is a .500 team, but it’s not short on talent or experience. Veterans Jimmy Butler, Rajon Rondo and Dwyane Wade combine to form a trio that’s appeared in a combined 292 playoff games and won four NBA titles. Butler is the type of elite scorer in his prime who can impact postseason games, while Wade averaged 21.4 points during last year’s playoffs and Rondo will be out for blood against his old club.

There’s also this: The Bulls were 7-2 in games televised on TNT this season, which included wins over the Golden State Warriors and San Antonio Spurs, and have won a ridiculous 20 straight TNT home games. Chicago doesn’t have much depth, but it’s leaders know how to step up in big games.

3. The Celtics … do not. If there’s one knock on this Celtics team entering the postseason, it’s lack of experience. Avery Bradley, Al Horford and Amir Johnson are the only players on this team who have reached a second-round playoff series, while back-to-back first-round playoff exits serve as a looming reminder that Boston still hasn’t won a postseason series under Stevens. The C’s had some historically bad offensive performances against the Atlanta Hawks in last year’s playoffs, and they’ll need to put their history in the rearview if they want to play into May.

Boston is much improved from last season, and Isaiah Thomas and Co. are fully capable of dispatching the Bulls in fewer than seven games. But these team split their regular season series 2-2, so don’t be surprised if Chicago makes a series of this. 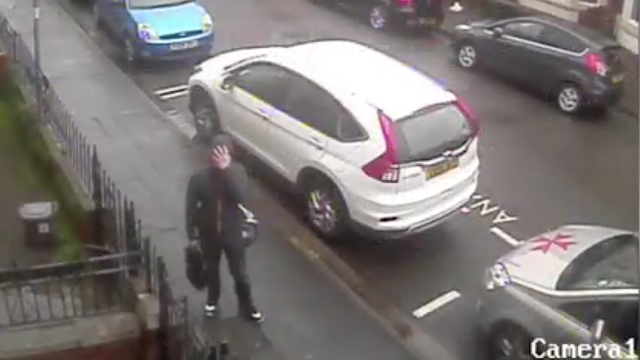 UK Thief Accidentally Records Himself With Dashcam He Tried To Steal 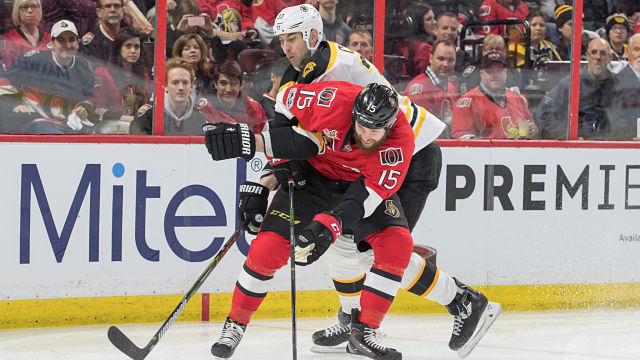 Bruins-Senators Game 1 Takeaways: Are We Sure Zdeno Chara Is A Human Being?