FOXBORO, Mass. — Some news and notes from Thursday’s New England Patriots organized team activities, the first of the spring that were open to the media:

— When new Patriots receiver Brandin Cooks was asked about the NFL’s recent decision to relax the rules regarding player celebrations, a wide smile crept across his face.

“I love it,” he said, excited that players will be given more freedom to express their enthusiasm.

But Cooks’ signature celebration — pantomiming shooting a bow and arrow — still might not be off limits. Last season, the NFL deemed it a “violent act.”

Cooks said the gesture is a display of faith, but that he’ll respect the league’s ruling.

?It?s for God, so if that?s threatening, then I think we?ve got a problem,” the 23-year-old said. “(But) I?m going to be respectful. If it?s a penalty, it?s a penalty. I?m not going to do anything to hurt the team.?

Cooks pulled out half of his celebration Thursday, yanking an imaginary arrow out of his invisible quiver after catching a touchdown pass from Tom Brady.

?A little something, you know?” he said. “I didn?t want to shoot it. But I was just having fun out there with the guys, competing, and that?s what it?s all about.?

— Cornerback Malcolm Butler said he has a celebration in mind if he happens to make it into the end zone at some point this season.

If Butler’s wild homage to Antonio Brown last season was any indication, fans could be in for a treat.

— Patriots defensive coordinator Matt Patricia arrived at OTAs with relatively tame facial hair compared to the grizzly mane he typically rocks during the season. And he offered the quote of the day when asked why he decided to clean it up.

“We always go a little bit trim in the offseason,” Patricia explained. “My wife likes it. I got a little bit crazy there (last season). It’s actually my diet program. I just trim my beard down, and everyone’s like, ‘Did you lose weight?’ And I’m like, ‘Yes, I did.’ We’ll start (the beard) over in training camp.”

— Julian Edelman has only been teammates with some of his fellow Patriots receivers for a few weeks — or, in Andrew Hawkins’ case, a matter of hours — but he already has a nickname for just about every one of them.

— Hawkins, who signed with New England on Wednesday, will wear No. 16 for the Patriots. DeAndrew White, who previously had been assigned that number, switched to No. 17.

— The Patriots hosted members of the Boston College women’s lacrosse team at practice, with head coach Bill Belichick taking the time to meet them during the session. BC is competing in the Final Four of the NCAA women’s lacrosse tournament this weekend at Gillette Stadium.

Belichick, a noted lacrosse aficionado, called it an exciting weekend for the sport.

“Yeah, it?s great,” he said. “A lot of my friends are here with both the men?s and women?s teams. It should be a great event to have both the men and women competing over the same weekend in the same venue. It will be a great weekend for lacrosse.”

The Eagles will play Navy on Friday in the national semifinals, with the winner playing either Maryland or Penn State in the title game Sunday. Over on the men’s side, Maryland will take on Denver, and Ohio State will battle Towson in the two semifinals. 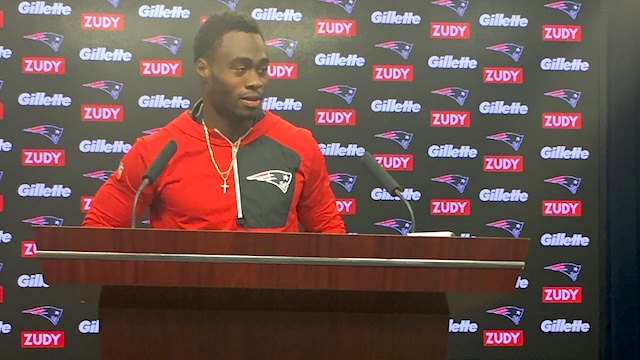 Brandin Cooks, Stephon Gilmore Taking ‘One Day At A Time’ In Patriots OTAs 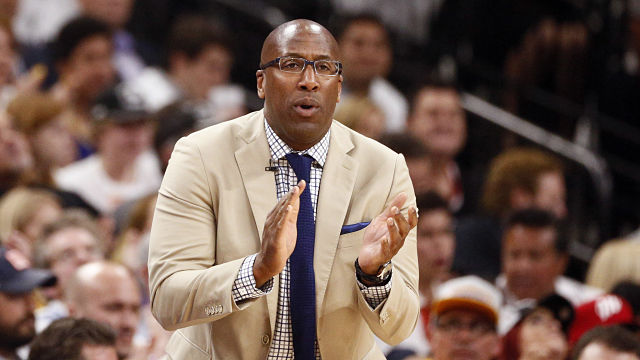