Sure, Boston entered the campaign with relatively reduced expectations, understandable given the trading of Mookie Betts and David Price, the injury to Chris Sale and the uncertainty surrounding Eduardo Rodriguez, who since has been ruled out for the remainder of the year due to issues stemming from his battle with COVID-19.

But the third-worst record in baseball through 31 games? Nobody saw that coming from a team with as much talent as the Red Sox have.

As such, the Red Sox received mostly low scores on our midterm report card. However, there have been some reasons for optimism.

(Note: We graded Boston by positional groups, rather than grading each individual player.)

Catcher: B
Christian Vazquez began the year on fire, but since has cooled off and currently sits with a .260 batting average to go along with four homers and 12 RBIs. The performance has done little to diminish Vazquez’s status as one of the best all-around catchers in baseball. Vazquez’s defense has been above average, but not difference-making, nor has his game-calling ability.

Backup Kevin Plawecki, on the other hand, has exceeded expectations, hitting .313, albeit in only 10 games.

First Base: A
This grade arrives despite a poor first half from Michael Chavis (16 games at first; three at second), who has hit just .226 with two homers.

Mitch Moreland only has played 20 games, but over the course of those 20 contests has been arguably the best first baseman in the game. As professional as they come, Moreland hit .350 with eight homers, 21 RBIs, an .817 slugging percentage and a whopping 1.275 OPS, all while playing Gold Glove-caliber defense.

If there were an All-Star game this season, Moreland likely would be on the roster.

Second Base: C-
Jose Peraza has been fine, hitting .241 while mixing in a few standout games, particularly at the beginning of the season. The Red Sox surely were hoping for more from the offseason acquisition, but they’re neither winning nor losing games because of Peraza.

However, Chavis’s inability to stick at second, coupled with his overall struggles, really has hurt the Red Sox. Tzu-Wei Lin similarly has not developed into the consistent contributor many believe he should be.

On the flip side, rookie Jonathan Arauz has been a revelation when given the opportunity to play. Arauz, who’s made seven appearances at second, is hitting .308 in 13 games, and likely has earned more playing time in the second half. The Rule 5 Draft selection might be one of the first feathers in Chaim Bloom’s cap.

Third Base: C
While other players, like Arauz, have appeared at third, this grade is all about Rafael Devers and his uneven first half.

Coming off an MVP-caliber season, the rising star was expected to be even better this season. Instead, Devers has been a shell of his 2019 self, hitting .222 with four homers and 15 RBIs to go along with an even more disappointing .674 OPS.

The 23-year-old recently has show signs of life, but it might be a case of too little, too late.

Shortstop: B+
Xander Bogaerts hasn’t been quite as good as he was over the last two seasons, but the new face of the Red Sox still has played well and been a bright spot.

The 27-year-old is hitting .276 with six homers and 17 RBIs to go along with an .847 OPS. He also has played his typically solid defense at shortstop while being a leader in the clubhouse.

Yes, Bogaerts has more to offer, but he was one of Boston’s best players in the first half.

Outfield: B
This was a hard group to grade.

Andrew Benintendi was, statistically, one of the worst players in the game before going down with an injury. His failure to take his game to a higher level after the exit of Betts really, really hurt the Red Sox in the early going.

On the other end of the spectrum, Alex Verdugo, acquired in the Betts trade, has been excellent. The 24-year-old has done it at the plate (.291 average, five homers, 12 RBIs) in the field (six assists) and on the basepaths (two steals). Most importantly, Verdugo has brought energy and effort every day.

Jackie Bradley Jr. more or less has been his normal self, while offseason acquisition Kevin Pillar has been better than expected, hitting .257 with three homers while offering stellar defense.

Designated Hitter: C-
Expectations are necessary factors in these grades, leaving us no choice but to give J.D. Martinez a harsh mark.

Arguably the team’s best hitter, Martinez simply hasn’t been good enough this season, hitting just .213 with three homers and 15 RBIs. His .686 OPS is staggeringly low for a player of his talents.

We’d be shocked if Martinez doesn’t turn things around in the second half, but that still wouldn’t erase what was a forgettable first month.

Starting Rotation: D
Obviously, the starting rotation was put in a tough spot early on with both Sale and Rodriguez out of the picture, not to mention the departure of Price.

Nathan Eovaldi and Martin Perez (two wins each; 4.98 and 3.45 ERAs, respectively) have been solid, but the rest of the rotation has been a total toss-up, with a whopping 11 different pitchers starting games in the first half.

The rotation rarely has put the team in a position to win, and has been the team’s weak spot thus far.

Bullpen: C-
This group has had its moments, including stretches where it made up for the struggling rotation and kept the Red Sox in games. But, on the whole, it, too, hasn’t been up to snuff.

Brandon Workman was decent in the seven games in which he pitched before being traded, and Ryan Brasier has shown flashes of what made him so effective in 2018. Matt Barnes has had some struggles, but generally has been the above-average reliever Red Sox fans know him to be.

However, the unit as a whole has a 5.73 ERA, good for third-worst in baseball. Some of that can be attributed to overuse, but some of it is just plain ineffectiveness.

One major bright spot: Phillips Valdez, who has a 0.98 ERA in 12 appearances and looks like another solid find by Bloom.

Manager/Coaching Staff: B
Listen, when your team is among the worst in baseball, your coaching staff is not going to get a stellar grade. And while the struggles of the hitters and pitchers can’t be blamed solely on coaching, a coaching staff is always an easy target for criticism.

That said, manager Ron Roenicke deserves real credit for what he’s done this season. He was put in a tough spot after the departure of Alex Cora, and his team hasn’t been good. However, that hasn’t prevented Roenicke from being a professional, accountable skipper, as well as one who brings a positive attitude to the ballpark every day. 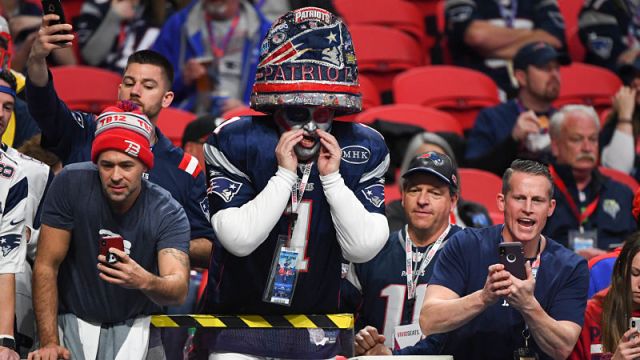 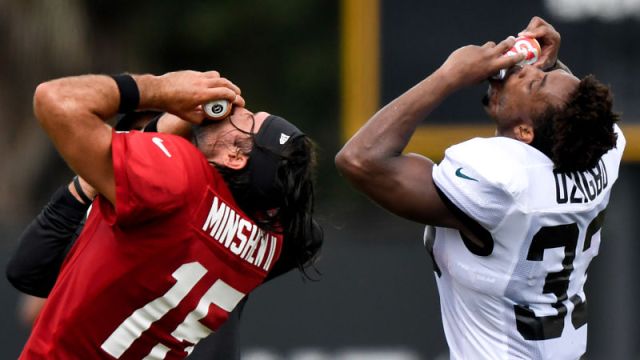 NFL Odds: These Teams Are Best Bets To Finish With Worst Record In 2020