Who Is Cassius Marsh? Get To Know Patriots' Recent Pass-Rush Addition Better - NESN.com Skip to content

FOXBORO, Mass. — You might know Cassius Marsh as the New England Patriots’ new pass rusher with full sleeves of tattoos and cross eyeblack who was one of two players to sack Houston Texans quarterback Deshaun Watson on Sunday.

The Patriots acquired Marsh in a trade with the Seattle Seahawks five days before the 2017 season, and he’s already making an impact defensively and on special teams. Marsh is a fascinating guy. Here’s some more info on the former Seahawk.

“One of my good friends is Nick Montana,” Marsh said Wednesday. “Nicky is probably one of my good boys. We still stay up to this day. The other two were younger, kind of not really my friend group or whatever. Good kids, nothing bad to say about them, but they weren’t like my closest friends. Nick is one of my good buddies.

“It just became like a normal thing (seeing celebrities in the stands). Joe’s really cool. Joe’s a really cool guy. I’ve been over to the house. Mrs. Montana is a fierce woman. I don’t know. Back then, I really didn’t think about it too much. Everyone was always just like, ‘Oh, you go to the celebrity school’ kind of thing, but it kind of bothered me back then, because we were one of the top schools in the nation. Other than Nick, the other two didn’t really play or matter, so it was just like, yeah, they play on the team, but they’re just high school kids.”

HIS FATHER AND BROTHER BOTH PLAYED IN THE NFL
Marsh’s father, Curtis Sr. was one of the Jacksonville Jaguars’ original draft picks. Marsh Sr., a wide receiver, was selected in the seventh round of the 1995 NFL Draft out of Utah. He played three seasons with the Jaguars and Pittsburgh Steelers before continuing his career in the CFL.

“He played three seasons and then he was hurt in one of them,” Marsh said. “He was with Cleveland for a camp and had his best camp or whatever and they cut him. It kind of broke his heart type of thing. He hated the game for a little while. Then he went and played in Canada, led the league in receiving up there.”

Marsh’s brother, Curtis Jr., was a third-round draft pick by the Philadelphia Eagles out of Utah State. He played four seasons with the Eagles, Cincinnati Bengals and Denver Broncos.

Marsh said he didn’t feel additional pressure to make the NFL because of his bloodline.

“It was always my goal,” Marsh said. “It was always what I wanted to do. My older brother had the same goal. I never really felt any pressure. I had high expectations. Pressure from myself more than anything.”

HE WAS RECRUITED AS A 280-POUND DEFENSIVE TACKLE
Despite his father and brother being wide receivers and cornerbacks, respectively, Marsh was recruited by UCLA as a 280-pound defensive tackle. Now 245 pounds, Marsh topped out at 310 pounds after his freshman year of college.

“That was my heaviest I’ve ever been,” Marsh said. “Probably before my sophomore season, probably like a month after my freshman season was over.

“It was just bad weight. It was like my freshman year. I came in and started and had a good season, but we were like losing a bunch, I didn’t really like the coaches, and I really wanted to transfer. I was a freshman, so we were on campus. We had this thing called “Late Night,” which was just like burgers for free, chicken nuggets and pizzas, whatever you wanted, so I was just grubbin’ on that every night. It just happened pretty quick. I stepped on the scale and saw 310, and I was just like, ‘That’s not right.’

“Because my dad was a wide receiver in the league, you know (6-foot-3), 215 (pounds) at his probably heaviest. Quick as a hiccup and 4.3 (second 40-yard dash). My brother’s 6-1, 210, 2 percent body fat. It’s just not in my gene pool to be that big. I was pretty broke, so we were just eating bad, eating cheap Top Ramen and sugar rice, stuff like that growing up. But when I got to college, my mom was buying me all the snacks, because she knew she didn’t have to pay for anything anymore. She bought me all my snacks, and I was in that late night and stuff. So, that kind of happened.” 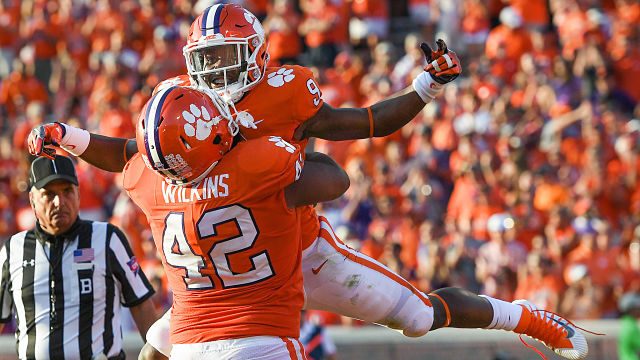 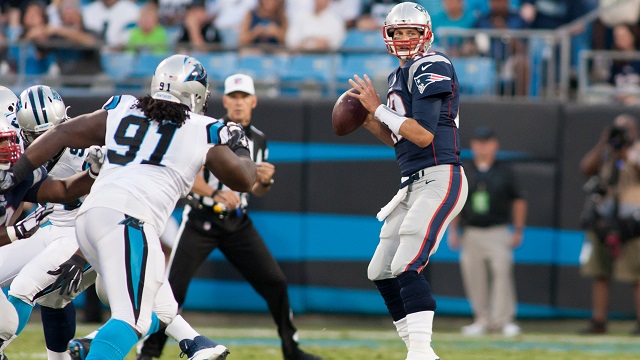