Augusta, Hamilton, Killings and Lucien were waived/injured. They will revert to injured reserve if they clear waivers.

UPDATE (7:12 p.m.): Offensive lineman Cole Croston, who was on the roster bubble, has made the Patriots’ initial 53-man roster, according to his aunt.

Shout out to our nephew @Cole_Croston making the Patriots official 53 man roster! ???? pic.twitter.com/toOsodbylw

UPDATE (6:42 p.m.): The Patriots are releasing running back Brandon Bolden, a source told ESPN’s Field Yates. Bolden could be re-signed later if the Patriots place any players on injured reserve Sunday. Players who are placed on IR on Saturday cannot return this season. Players who are placed on IR on Sunday can return after eight weeks. So, the Patriots might have to make temporary cuts if they intend to place a player like rookie offensive tackle Antonio Garcia on IR. The Patriots have 12 cuts to go. They should be announced shortly.

UPDATE (5:33 p.m.): It sounds like linebacker Harvey Langi will make the Patriots’ initial 53-man roster. The official list of cuts should be out soon.

UPDATE (5:03 p.m.): The Patriots reportedly acquired DE Cassius Marsh in a trade with the Seahawks. We’re back up to 13 cuts to go.

UPDATE (4:39 p.m.): The Patriots waived DE Geneo Grissom, a source told NESN.com. That means the Patriots only are going into the season with Trey Flowers, Deatrich Wise and Adam Butler as traditional defensive ends.

UPDATE (3:27 p.m.): The Patriots also waived running back D.J. Foster, according to a source.

UPDATE (2:27 p.m.): The Patriots reportedly traded quarterback Jacoby Brissett to the Colts for wide receiver Phillip Dorsett. The Patriots still need to make 24 cuts to get down to 53 players.

UPDATE (1:41 p.m.): The Patriots waived defensive tackle Josh Augusta with an injury designation, a source told NESN.com. If he clears waivers, he’ll revert to injured reserve. Augusta could eventually be released with an injury settlement. The Patriots must make 24 more moves.

UPDATE (12:45 p.m.): The Patriots reportedly acquired cornerback Johnson Bademosi from the Lions for a 2019 sixth-round draft pick. The Patriots now must make 25 cuts before 4 p.m.

Here’s a recap of the cuts the Patriots made Friday:

That leaves the Patriots with 24 cuts or moves to go before they reach their 53-man roster limit.

ORIGINAL STORY: The New England Patriots reportedly are starting their roster cuts, which must be made by Saturday at 4 p.m., early.

Glenn is star tight end Rob Gronkowski’s youngest brother. He had little chance of making the Patriots’ roster with James Develin ahead of him on the depth chart.

The Patriots now are down to 88 players on their active roster after waiving Gronkowski and trading cornerback Justin Coleman. They will place defensive end Derek Rivers, wide receiver Julian Edelman and cornerback Cyrus Jones on injured reserve, and offensive tackle Andrew Jelks and defensive end Keionta Davis likely will begin the season on non-football injury/reserve list, creating five more spots. So, the Patriots have at least 30 more cuts to go before they reach their 53-man roster limit.

We’ll be tracking the Patriots’ cuts throughout the weekend here with up-to-the minute updates. 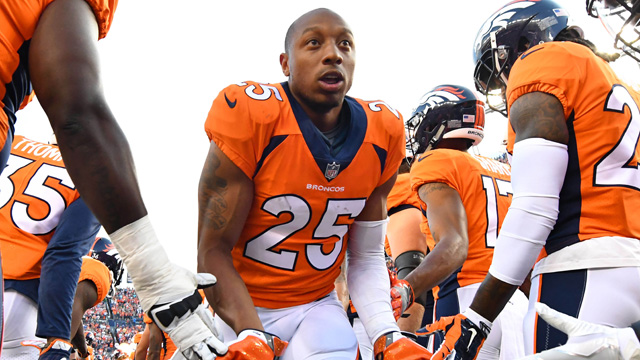 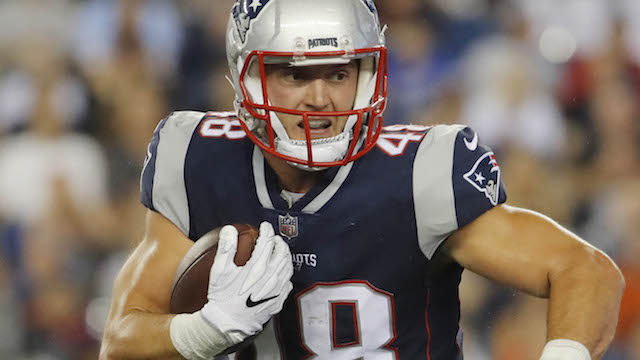