With a win over the Miami Dolphins on Sunday, the New England Patriots clinched their 17th consecutive winning season. That’s a new post-merger NFL record, snapping the previous mark of 16 straight shared by the Dallas Cowboys (1970 to 1985) and San Francisco 49ers (1983 to 1998).

A record 17 seasons in the making. pic.twitter.com/jDZOOZQPc5

During his Monday morning conference call, Patriots coach Bill Belichick said he takes “a lot” of pride in his team’s historic run of success. Mere seconds later, though, he was downplaying the accomplishment, saying all that matters now is how the Patriots perform this Sunday against the Buffalo Bills.

“That?s what we?re here for, is to win games,” Belichick said. “Yeah, we take a lot of pride in it. But, that being said, there?s probably another time to talk about that and reflect back on it and so forth. You know, none of those other — however many seasons it was or however many games it was — really makes any difference this week. I mean, nobody cares about that. This is just strictly a matchup between the Patriots and the Bills in 2017, and how these two teams compete against each other is really what it?s all about.

The Patriots currently sit at 9-2 after reeling off seven consecutive victories. Their last losing season came way back in 2001, Belichick’s first year at the helm.

“Whatever did or didn?t happen in the past is a matter of record, so I?ll leave the commentary on that to you guys,” Belichick said. “I think we really need to just focus on what we?re doing. But, yeah, certainly we take pride in winning, and that?s important to us, whether it?s games, division, conference, whatever. Yeah, sure, of course. That means a lot to us.” 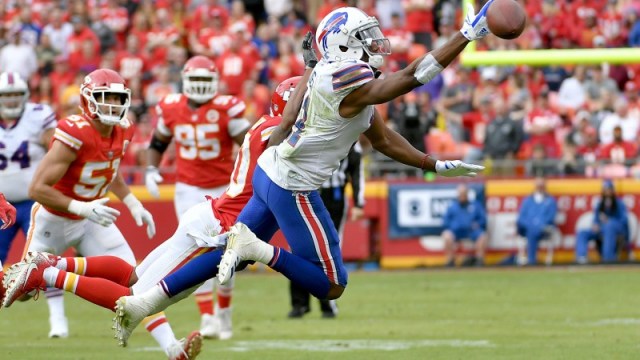