DENVER — Not even the mystique of playing at Mile High could limit the New England Patriots on Sunday night.

The Denver Broncos are not who they once were. The Patriots trounced them 41-16 on primetime national television. It was the third time the Broncos have lost by double-digit points in as many weeks.

By the end of the game, as Brian Hoyer was handing off to Brandon Bolden with Ted Karras at center and Cameron Fleming at left tackle, it looked like the third quarter of a preseason game.

QB TOM BRADY
Brady had one of his more accurate games in recent weeks, completing 25 passes on 33 attempts for 266 yards with three touchdowns and no interceptions. The Patriots didn’t have the ball enough for Brady to put up massive stats, but he was on point throughout the game despite being without No. 2 wide receiver Chris Hogan.

RB REX BURKHEAD
Burkhead stood out on special teams, on the ground and through the air Sunday night. He blocked a punt, carried the ball 10 times for 36 yards and caught three passes on three targets for 27 yards with a touchdown.

RB DION LEWIS
Lewis continued to serve as the Patriots’ top ball-carrier. He picked up 53 yards on 13 carries with an impressive 8-yard touchdown. He also returned a kickoff 103 yards for a touchdown.

Waddle, with help, and the Patriots’ offensive line neutralized the Broncos’ pass rush. The Broncos recorded just one sack on a safety blitz. Miller had one tackle and one quarterback hit on the night.

SPECIAL TEAMS
Just in general, the Patriots’ special teams was fantastic against the Broncos. They scored on a 103-yard kick return by Lewis, blocked a punt, recovered a fumble on a forced muffed punt and forced the Broncos to start inside their own 20-yard line on two impressive plays on kickoff coverage.

CORNERBACKS
Patriots starting cornerbacks Malcolm Butler and Stephon Gilmore both had up-and-down games. Both players had pass breakups, but Butler allowed almost 100 yards in coverage, and Gilmore allowed a touchdown and was flagged for holding.

Jonathan Jones, who forced the fumble on the muffed punt, also gave up a big play to Broncos receiver Emmanuel Sanders, who caught six passes on 11 targets for 137 yards. 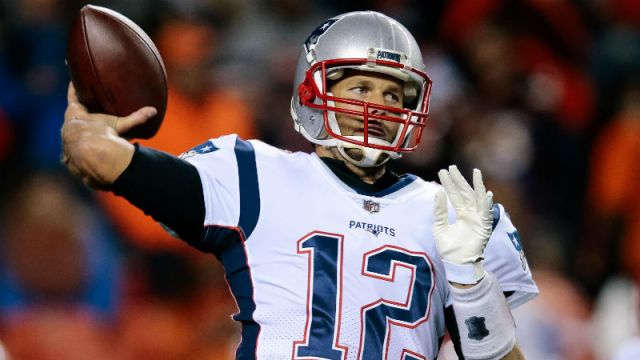 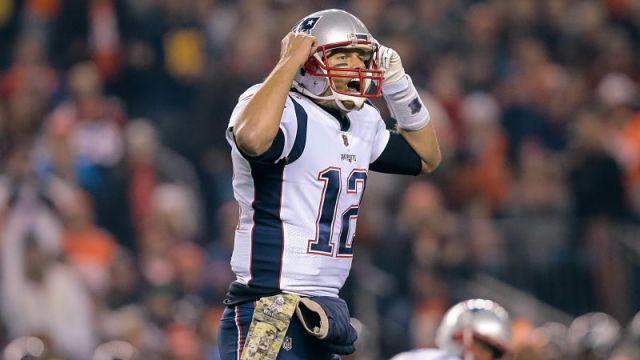