FOXBORO, Mass. — It wasn’t always pretty, but the New England Patriots toppled their second AFC East foe Sunday in a 35-17 win over the Miami Dolphins.

The Patriots overcame injuries and mental errors to beat the Dolphins at Gillette Stadium. It only was their second game of the season against an AFC East opponent, and the Patriots showed why they’re shoo-ins to win the division again this season. The Patriots close out the season with divisional games in five of their last six weeks.

The Patriots clinched a winning season for the 17th consecutive year with the win, which made them 9-2 on the season.

Here are this week’s standouts:

RB DION LEWIS
There’s a reason Lewis leapfrogged every other running back on the Patriots’ roster, and put Mike Gillislee in street clothes, to become New England’s No. 1 ball-carrier.

Lewis is the Patriots’ most explosive and shifty back. He ran the ball 15 times for 112 yards and caught two passes for 1 yard in the Patriots’ win.

It was Lewis’ first career 100-yard rushing performance and the Patriots’ first of the season.

TE ROB GRONKOWSKI
Gronkowski had a vintage day at the office, catching five passes on eight targets for 82 yards with two touchdowns.

LB ELANDON ROBERTS
Roberts recorded the first two sacks of his career late in the game. He had four total tackles and stuffed Dolphins quarterback Matt Moore for a total of 13 yards.

The Patriots had just 17 sacks coming into the game but brought down Moore seven times.

DE TREY FLOWERS
Before leaving the game with a rib injury, Flowers also recorded two sacks and four total tackles. He also forced a fumble that was recovered by safety Patrick Chung.

CB STEPHON GILMORE
Gilmore also forced a turnover when he picked off Moore in the end zone to prevent a Dolphins score late in the first half.

Gilmore allowed just one catch on three targets for 5 yards with the interception while covering Dolphins wide receiver DeVante Parker. He’s been a monster in the Patriots’ secondary since early season struggles.

Gilmore could have had another interception to close out the game, but safety Duron Harmon stole it from him.

Jones also led the team with nine tackles, including a sack. He’s come on strong in the second half of the season to lock down opposing slot receivers. 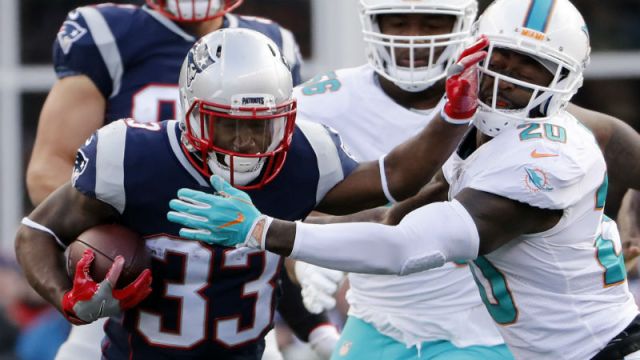 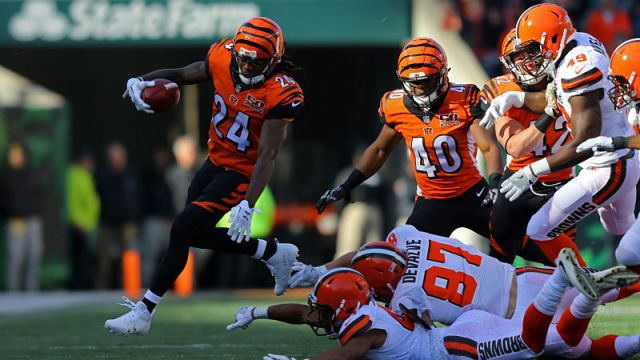