That would be Steelers safety Sean Davis, who drew the unenviable assignment of covering the red-hot Gronkowski on what proved to be the game-winning drive in the New England Patriots’ 27-24 victory at Heinz Field.

A blow-by-blow recap of that drive:

Play 1
The series actually began with an opportunity for Davis to be the hero. On first-and-10 following a Steelers punt, quarterback Tom Brady threw a pass in Gronkowski’s direction that was tipped at the line by defensive end Cameron Heyward. Davis reached back across his body to intercept the batted ball but had it slip through his hands.

“I can tell you right now,” CBS analyst Tony Romo said on the game broadcast, “when Tom Brady gets a reprieve or something happens, he is a killer.”

Things would only get worse for the second-year pro.

Play 2
On second-and-10, Gronkowski lined up off the line to the left of tackle Nate Solder. He sprinted 5 yards upfield, gained inside leverage on Davis with a subtle move and found himself all alone in the middle of the field. Davis quickly wrapped him up, but not before he’d gained 26 yards out to midfield.

Play 3
Steelers cornerback Mike Hilton lined up opposite Gronkowski in the slot on the next play. But when the ball was snapped, Hilton blitzed, leaving Davis, the deep safety, to cover the big tight end as he streaked down the seam. Bad idea.

Gronkowski ran a deep post into a hole in Pittsburgh’s zone defense, and Brady delivered a perfect strike for another 26-yard pickup. Gronkowski, who showed little emotion after his first catch, celebrated this one by flexing his muscles and shaking violently. You won’t like him when he’s angry.

Play 4
If it ain’t broke, don’t fix it. Brady looked Gronkowski’s way a fourth time, stepping up in the pocket to avoid pressure from Tyson Alualu and firing a low pass that Gronk grabbed just inches above the turf for a 17-yard gain. Another Incredible Hulk-esque celebration ensued.

“6-foot-7 guys aren’t supposed to do stuff like that,” Patriots tight end Dwayne Allen said after the game. “But of course, Rob Gronkowski did.” In coverage on the play? You guessed it: Davis.

Play 5
The Patriots finally went away from Gronkowski on the fifth play of the drive, handing the ball off to running back Dion Lewis. But even then, Davis could not avoid embarrassment. Allen pancaked him with a powerful block, clearing a path for Lewis’ 8-yard touchdown run.

Play 6
The coup de grace came on the ensuing two-point conversion. When the Patriots split Gronkowski out wide to the right and Davis followed him, everyone in the stadium knew where the ball was going. Romo even circled the pair before the snap. He was right. Gronkowski took one step inside, and Davis bit, resulting in an easy pitch and catch for Brady. Gronkowski celebrated this final blow by literally pointing and laughing at his fallen adversary before slamming a spike into the rain-soaked Pittsburgh turf.

The conversion put the Patriots ahead by three with 56 seconds remaining. New England went on to survive one of the wildest NFL finishes in recent memory to emerge victorious and move into first place in the AFC.

Gronkowski finished the game with nine catches for a career-high 168 yards, 69 of which came on that final drive. 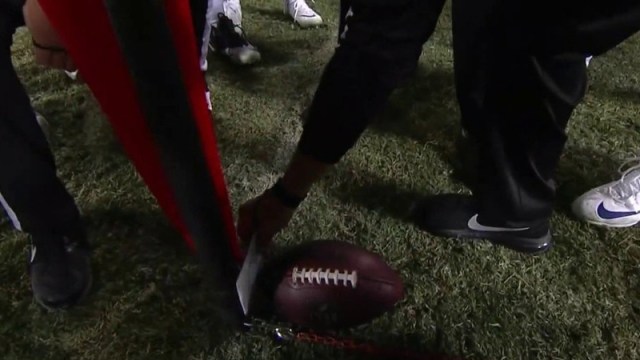 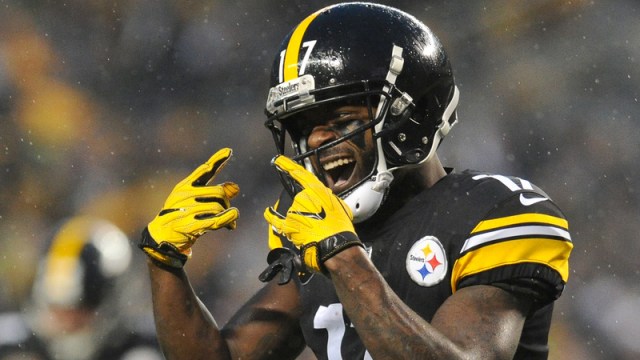