Rob Gronkowski-Less Patriots Were Historically Bad On Third Down Vs. Dolphins - NESN.com Skip to content

The New England Patriots did just that Monday night, going a putrid 0-for-11 in third-down situations in a 27-20 loss to the Miami Dolphins at Hard Rock Stadium.

It was the first time since 1991 — a full 10 years before Tom Brady made his first start in a Patriots uniform — that New England had gone an entire game without a single third-down conversion. Unsurprisingly, Hugh Millen and the Pats lost that game, too, 24-10 to the then-Phoenix Cardinals.

“That was pretty bad,” Brady said after Monday’s loss, which snapped an eight-game Patriots winning streak and prevented them from clinching their ninth consecutive AFC East title. “We can’t get any worse than that. We couldn’t stay on the field and just didn’t make enough plays.

“It’s just a bad night. We’ve had a lot of good nights this year, and this was a bad night.”

The Patriots were missing arguably their most dangerous offensive weapon on this particular night, as tight end Rob Gronkowski was forced to watch from afar while he served the one-game suspension he earned for cheap-shotting a Buffalo Bills defender last week. Gronkowski’s absence was glaringly apparent on third-down scenarios, and the team’s offensive game plan without him simply did not work.

Amendola led all New England pass-catchers with six grabs for 76 yards, but his first target didn’t come until five minutes into the third quarter. He said the Dolphins played “a lot of Cover 1 with a robber in the middle of the field,” which prevented the Patriots from completing many intermediate passes.

Brandin Cooks, meanwhile, finished with just one catch on seven targets for 38 yards, and Chris Hogan caught just one of the five balls thrown his way for 1 yard. Brady repeatedly tried and failed to hit both wideouts on deep routes, and two of his passes to Cooks resulted in interceptions by Dolphins cornerback Xavien Howard.

“Their whole defense was playing well,” said Hogan, who missed the previous four games with a shoulder injury. “Their front four is disruptive. Their D-backs played really well. We just have to do a better job.”

The Patriots also largely abandoned the running game, which was dominant when these same teams met just two weeks ago at Gillette Stadium. The Dion Lewis- and Rex Burkhead-led group racked up a season-high 196 rushing yards in that Week 12 game — which the Patriots won easily 35-17 — but combined for just 25 yards on 10 carries in the rematch.

Burkhead and Lewis combined for 10 catches on 10 targets for 95 yards, and fellow running back James White chipped in with three catches for 11 yards and a touchdown. Burkhead also scored one touchdown on the ground.

“No, we weren’t trying to throw every pass to one guy. We never do that. We threw the ball to everybody. We didn’t really hit much of anything.” 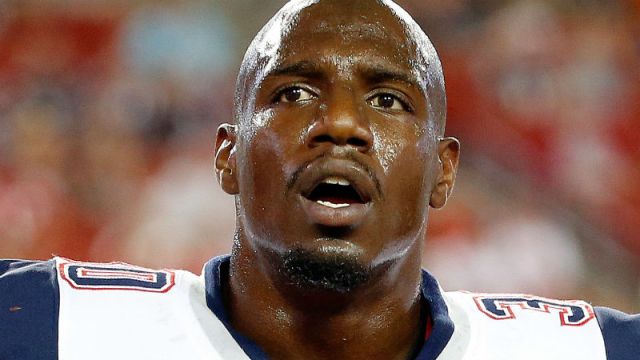 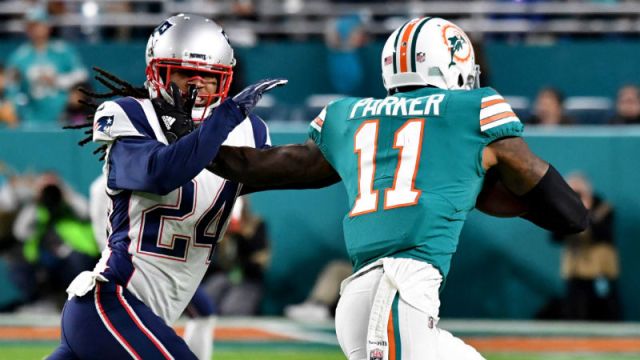