Outside linebacker James Harrison is best known as a pass rusher, so when the New England Patriots signed him off the street a week ago, that was expected to be his primary role Week 17 against the New York Jets.

Harrison instead was used in a variety of positions, and pass-rush specialist largely wasn’t one of them in the Patriots’ 26-6 win over the Jets. When the Jets were in obvious passing situations, Harrison mostly came off the field. That was until the final two plays of the game when he had two sacks.

Harrison was on for 27 defensive snaps and seven special teams plays. He rushed the passer 11 times, dropped into coverage six times and played against the run 10 times.

The Jets only ran in Harrison’s direction three times for 5 yards. The Jets averaged just 2.9 yards per carry while Harrison was on the field for his 10 plays. His snaps included eight runs in which the Jets gained 1 yard or fewer. The Jets lost yards on three of those carries.

— Since losing Rob Ninkovich to retirement and Dont’a Hightower to a torn pectoral muscle, the Patriots have struggled to set the edge in the run game. Cassius Marsh wasn’t the answer nor is Eric Lee. Harrison might be.

For anything Harrison has lost in mobility or quickness, it seems he more than makes up in power. All that time spent pushing hundreds of pounds of sled does him well against 300-pound offensive linemen. He pushed back Ben Ijalana like a rag doll, preventing running back Elijah McGuire any room to run. Linebacker Elandon Roberts helped clean up for the 1-yard loss.

Harrison doesn’t quite move like he once did, but he was targeted just twice in coverage. He let up one catch for just 2 yards.

— Harrison at this point in his career probably can’t stick with a running back downfield, but he knows what he’s doing while dropping back into zone coverage. He still has quick instincts and closing speed, which he used to bring down Robby Anderson before the first-down marker.

As a pass rusher, he had two sacks and a hurry for a 27.3 pressure percentage. One of his sacks was of the strip-sack variety. The other one ended the game.

— On the first sack, Harrison rushed off the edge, beat Jets offensive tackle Kelvin Beachum and was relentless in his pursuit of quarterback Bryce Petty. He slapped the ball away with his right hand, but it was scooped up by Jets offensive lineman James Carpenter.

— Harrison described the second sack as “luck,” because Petty scrambled back to him on the play. With no offense meant to Harrison’s recollection of the events, it was more than that. Beachum stuffed him, but then Harrison looped back and had to slip through the Jets’ left tackle and Carpenter to work back toward Petty, catching the quarterback from behind.

All in all, Harrison’s Patriots debut really couldn’t have gone much better. And he certainly showed enough potential on those final two plays for the Patriots to use him more as a pass rusher moving forward into the playoffs.

This was Harrison — albeit against a fairly crappy Jets team — five days into learning the Patriots’ defense. He should be able to take on more responsibility over the next two weeks before the Patriots’ postseason begins. There’s a lot to like in the veteran pickup.

Some other notes from this week’s film review:

— Wide receiver Brandin Cooks had a disastrous second drive. He slowed down midway through a deep route in which quarterback Tom Brady overthrew him. On the next play, he dropped a pass from Brady.

— Brady, by the way, still doesn’t look quite like himself. His Achilles was back on the injury report this week, and he was flat-footing some throws. Some stats:

Brady’s accuracy percentage, which takes out throwaways, spikes, drops, passes batted at the line and times when he was hit while throwing, since Week 12, when the Achilles injury first popped up, is 71.7 percent. In Weeks 1 through 11, it was 78.2 percent. In Weeks 12 through 17 in 2016, it was 77.9 percent. The Patriots’ playoff bye week should help him get right.

— Dion Lewis showed much more patience in his running style this week. It’s worth wondering if he picked that up while imitating Le’Veon Bell in practice prior to Week 15.

— Lawrence Guy and Malcom Brown have been rock solid at defensive tackle as of late. Ditto for Trey Flowers at defensive end.

— Marquis Flowers very well may be the Patriots’ most improved player over the course of the season. He was a liability against the run earlier this season. His speed has made a big difference as he’s received more playing time. 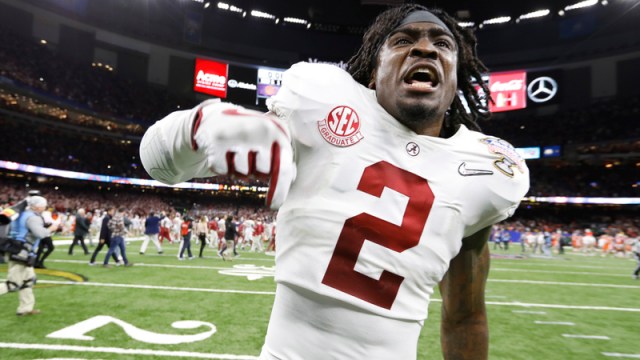