The Boston Red Sox’s win streak reached eight Sunday after an epic, two-out rally in the eighth inning saw the Red Sox stun the Rays and earn an 8-7 win.

While the Red Sox’s comeback was an impressive feat, it was numbed by the loss of shortstop Xander Bogaerts, who left the game in the seventh inning after suffering an ankle injury. Bogaerts was chasing an errant throw from J.D. Martinez that was trickling toward the Rays’ dugout. The shortstop was forced to slide once he hit the warning track, and his slide carried him down the steps of the dugout. Bogaerts came back onto the field, but then exited the game with the help of the training staff.

Manager Alex Cora gave a brief update on Bogaerts after the win, saying that the shortstop suffered a left ankle injury and he would undergo further evaluation Monday.

Bogaerts had gotten off to a hot start through nine games, hitting .368 with two home runs and nine RBI. The star shortstop appeared to cement himself as the Red Sox’s No. 5 hitter, providing protection behind the red-hot Hanley Ramirez and J.D. Martinez.

If the 25-year-old is forced to miss a significant amount of time, it will put the Red Sox in a bind. With Dustin Pedroia still rehabbing from offseason knee surgery, Eduardo Nunez has taken over as Boston’s primary second baseman. The Sox could slide Nunez to the other side of second base and let Brock Holt take over at second until Pedroia returns.

While that would be fine defensively, it might hamper the Sox’s offense. With Bogaerts out, Boston likely would have to rely on Rafael Devers to move into the five-hole and provide protection for their middle of the order. The 21-year-old is hitting .323 with one home run and nine RBI to begin the year, so he certainly is capable of stepping up as one of the Red Sox’s major run producers, but it’s a lot to ask of a guy with less than six months of major-league service time.

— Drew Pomeranz made a rehab start for Triple-A Pawtucket on Sunday. The left-hander allowed two runs in 4 1/3 innings. He is rehabbing from a left forearm flexor strain that he suffered in spring training.

— The Red Sox’s 8-1 record is their best to start a season in franchise history. Five of their wins have been of the come-from-behind variety.

— Eduardo Rodriguez made his season debut Sunday, allowing three runs on five hits while walking two and striking out seven in 3 2/3 innings. 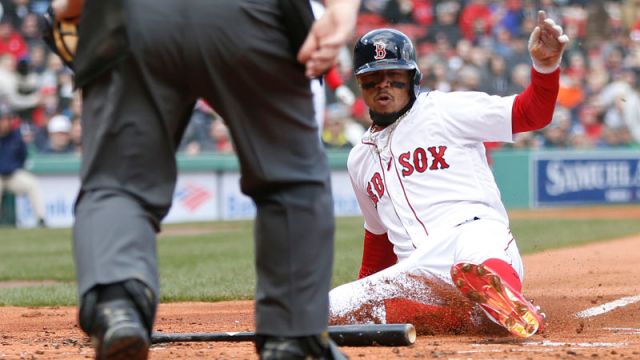 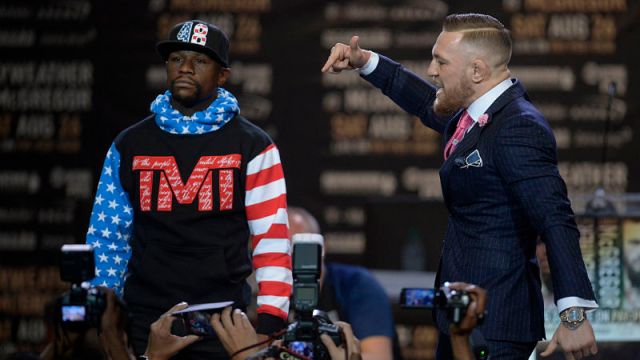