Which QBs Have Patriots Shown Interest In Ahead Of 2018 NFL Draft? - NESN.com Skip to content

Barring a major surprise, the New England Patriots’ draft haul will include a quarterback. What we don’t know is when that player will come off the board.

During the pre-draft process, the Patriots reportedly have shown some level of interest in nearly every QB prospect, from surefire first-rounders to guys who might not be drafted at all.

Josh Rosen, UCLA
Projection: Top-15 pick
Our own Doug Kyed reported last week that the Patriots have interest in Rosen, whose stock has fallen a bit of late. A member of the upper echelon of 2018 QBs along with Sam Darnold, Baker Mayfield and Josh Allen, Rosen had been projected as a no-brainer top-five pick. Now, there’s talk he could slip into the early teens, meaning the Patriots might be able to trade up for him at a relatively reasonable price.

Baker Mayfield, Oklahoma
Projection: Top-10 pick
The only report linking the Patriots to Mayfield was one from the New York Daily News’ Manish Mehta, who said New England has “an affinity” for the 2017 Heisman Trophy winner. He’d be a fascinating player to watch in New England’s offense, though, and it would be very interesting to see whether Bill Belichick would pounce if Mayfield, not Rosen, slides on Thursday.

Lamar Jackson, Louisville
Projection: First-round pick
If recent reports are any indication, the Patriots are seriously in on Jackson, who might be the most exciting player in this draft.

Rapoport reported the Patriots were “intrigued and impressed” by Jackson’s performance during the visit, and Bleacher Report’s Mike Freeman reported earlier the Patriots are the team that’s “most interested” in Jackson, though pre-draft interest is nearly impossible to quantify.

Jackson, who had more rushing attempts than completions in college and displayed questionable decision-making at times, would be a drastic departure from what New England previously has looked for in its signal-callers. He could be an option for the Patriots at pick No. 23, though several teams directly ahead of them have a need for a QB of the future, as well.

Mason Rudolph, Oklahoma State
Projection: First/second-round pick
The Patriots took a look at Rudolph during a private workout, according to a report from Rapoport. NFL Media draft expert Mike Mayock said before the NFL Scouting Combine that Rudolph would be a “logical fit” for New England.

Kyle Lauletta, Richmond
Projection: Second/third-round pick
Lauletta, with his lacrosse/Navy background and Jimmy Garoppolo-esque skill set, has been championed as the perfect Patriots quarterback prospect for months now. The Patriots privately worked out the FCS product, according to a report from NFL Media’s Tom Pelissero, and also sent a representative to Lauletta’s pro day.

Luke Falk, Washington State
Projection: Mid-round pick
That same Pelissero report also stated New England has worked out Falk, who, like Lauletta, sits near the top of the third tier of 2018 QB prospects. He could hear his name called on Day 2 but is more likely to come off the board early in Day 3.

Mike White, Western Kentucky
Projection: Mid-round pick
The Patriots worked out the big-armed White, a source told Rapoport. Caserio also sat down with him for a film session before Western Kentucky’s pro day. White has prototypical size (6-foot-4, 225 pounds) and was accurate in college but is one of the least mobile quarterbacks in this year’s draft class.

Logan Woodside, Toledo
Projection: Late-round pick
Woodside, an intriguing Day 3 option if the Patriots miss out on their preferred QBs earlier in the draft, is undersized at 6-foot-1 but has been lauded for his accuracy and intangibles. Caserio attended his pro day.

Alex McGough, Florida International
Projection: Late-round pick/free agent
The previously little-known McGough has garnered significant interest during the pre-draft process, reportedly meeting with or working out for close to a dozen teams. He had a private workout with the Patriots, according to Pro Football Weekly’s Eric Edholm. 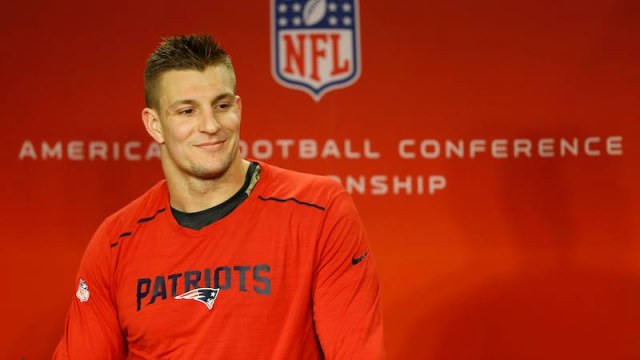 Are Some Patriots Fans Growing Tired Of Rob Gronkowski’s ‘Act?’ 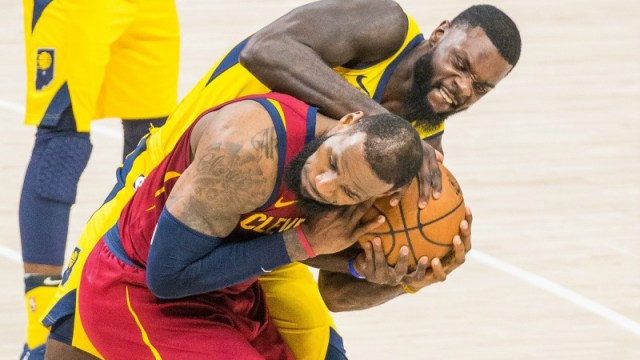