The New England Patriots typically aren’t the type to underestimate opponents, as if that’s not clear.

Patriots head coach Bill Belichick raves about the next team up on their schedule every week in part because he wants his own squad to believe it’s in for a serious challenge.

But the Patriots obviously knew they could beat the Buffalo Bills with little semblance of a rushing attack Monday night. That’s why Cordarrelle Patterson — a wide receiver and kick returner by trade — started the game at running back and led the team with 10 carries for 38 yards. And they were right. The Patriots won 25-6.

But because the Patriots weren’t exactly threatening an underrated Bills defense with their run game, New England’s offense sputtered, especially in the red zone.

The Patriots were just 1-of-3 in the red zone with their lone touchdown coming on a 1-yard burrow by running back James White. The Patriots settled for four field goals to start the game.

So, New England needed its defense to bail them out this time. And that they did. The Bills never even got inside the red zone and only kicked two field goals. The Patriots forced two turnovers, one of which was a scoring play. They still allowed 333 net yards and 287 through the air, but “bend but don’t break” never worked so effectively as it did against the lowly Bills offense. Buffalo was led by 35-year-old journeyman quarterback Derek Anderson until New England predictably knocked him out of the game.

The Patriots’ first turnover came with 3:04 left in the third quarter on first-and-10 from Buffalo’s 33-yard line. Van Noy played most of the game at inside linebacker but lined up on the edge in the Patriots’ big nickel defense. Van Noy simply ran past Bills left tackle Dion Dawkins and stripped Anderson in 2.9 seconds. It was the quickest sack of the season for the Patriots. Safety Patrick Chung hopped on the ball, and the Patriots suddenly were in good field position.

The play of the game came in the final quarter.

The Bills were on the move, trailing 18-6, when Anderson seemingly hit tight end Jason Croom for a 25-yard touchdown. Chung was in close coverage and noticed Croom juggled the ball while going to the ground. The call was reversed to an incomplete pass. Tight end Charles Clay was charged with a false start on the next play, pushing Buffalo back to the 30-yard line.

Anderson attempted to target Clay with Chung in coverage while the Patriots were in a two-deep safety look. McCourty stayed patient, showing he was dropping back in coverage until the moment Anderson had fully committed to throwing to Clay. McCourty jumped the route, snagged the ball out of the air and ran it back 84 yards for the touchdown. He reached speeds of 22.05 mph on the play, becoming the fastest NFL ball-carrier this season.

Some interceptions are lucky accidents. This one wasn’t. McCourty knew exactly what he was doing on the play, made a good read and showed the speed and quickness to not only wait until the last moment to jump the route but also bring the ball back for the score.

Here’s what else we noticed from our film review:

— Trey Flowers had one of his best games of the season. He used his length to his advantage on several plays. You can watch that full play here: Run stuff for no gain. — Your James White season-end projections update: 110 catches, 918 yards, 12 touchdowns, 96 carries, 408 yards, four touchdowns. Obviously, there have been more impressive overall seasons by running backs. Marshall Faulk and Roger Craig each had seasons with 1,000 rushing yards and 1,000 receiving yards. But for a third-down back, those numbers would be fairly unbelievable.

— Julian Edelman had his best game of the season with nine catches for 104 yards. He and White were the biggest offensive stars of the game, though Chris Hogan also made two nice catches.

— It was a down game for the Patriots’ offensive line. They were due. And they’ll surely come back strong against the Packers.

— Not much else can be said about Stephon Gilmore. He’s playing like an elite, lockdown cornerback right now. 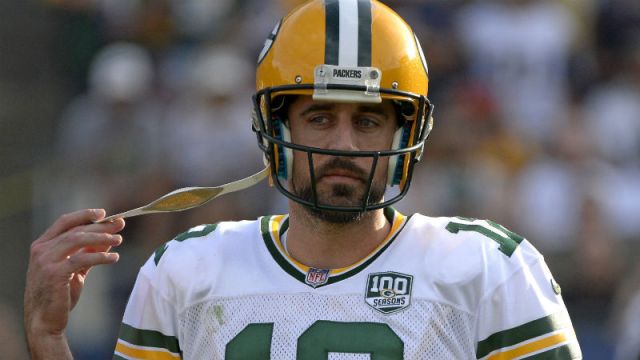 Scouting The Packers: 4 Things To Know About Patriots’ Week 9 Opponent 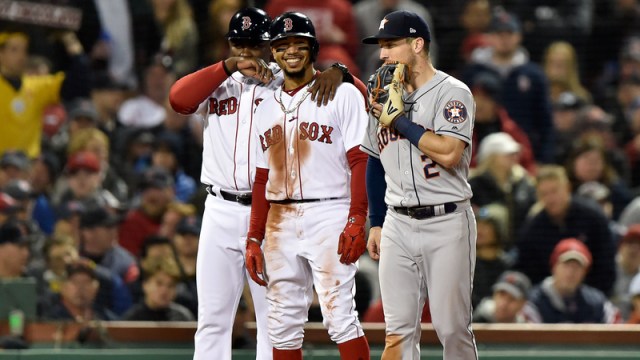