Thursday was a bad day.

No matter where your rooting interests lie, Josh Gordon’s reemergence was a fun story to follow. Gordon played 10 games from 2014 to 2017 and all of a sudden, he was tearing it up over an 11-game span with the New England Patriots. We assumed his life was in order. We were already planning for his 2019 season.

Then came his announcement that he would take a leave to focus on his mental health. Then the inevitable suspension report dropped. The NFL made it official before 3 p.m. ET.

It’s probably more likely than not that we’ve seen Gordon play his last NFL snap. His last suspension was for 20 games. How long will his latest indefinite ban last?

It’s a sad story for multiple reasons. After diving deep into Gordon, we’ll try to lighten the mood in this week’s mailbag. Happy, Merry and all of that.

Who takes Josh’s place on the roster?
— @RommelRoo
A spot on the 53-man roster was freed up Thursday when Gordon officially was suspended.

The Patriots have three options:

Here are the players currently on the Patriots’ practice squad:

Croston, Herron, Kamalu and Patterson are the most appealing options on that list. The Patriots only currently have eight offensive linemen on their roster, so they could sign Croston to fill out that depth.

The Patriots have made Danny Shelton a healthy scratch three straight weeks, so Herron potentially could be another body at defensive tackle to help out the run defense.

Patterson is the only wide receiver on the practice squad. He’s a big rookie with no NFL experience.

The Patriots only have a week and a half left to sign a player off of a non-playoff team’s practice squad, so they could also choose to go that route, though it’s difficult to pinpoint where their interest would lie.

Hogan and Dorsett likely will be the key contributors. Hogan will see his targets increase, and Dorsett will find the field more. If this feels all too familiar, take solace in knowing Edelman was suspended the first four weeks of the season when the offense was seriously struggling to move the football.

Hey Doug, Happy Holidays. Are we screwed? #MailDoug
— @Puff207
I’m ever the optimist, but I’d like to see how the next two weeks play out. The Patriots’ offense was struggling over the last six quarters even with Gordon. Perhaps they’ll struggle more without him, but it seems impossible that they’ll play worse than they did in Pittsburgh.

At the same time, no one should trust the Patriots they see over the next two weeks when they’ll be playing the Buffalo Bills and New York Jets at home. Those aren’t exactly the same circumstances as playing a playoff team on the road.

I don’t think the loss of Gordon kills the Patriots’ chances for a Super Bowl appearance. But you wouldn’t think it helps.

Who are some wideouts this offseason that we can target in free agency, without breaking the bank? #MailDoug
— @ImKylewithaK
It’s actually kind of a fun year for free-agent wide receivers. I could see the Patriots taking a look at Larry Fitzgerald, Golden Tate, Cole Beasley, Quincy Enunwa or Adam Humphries. I like Chris Conley too.

People will panic, but Patterson has played well this year. Is there good reason to believe he can take on a larger role, filling the gap Gordon is leaving behind, and succeed going into the end of the season and, likely, the playoffs?
— @THGoodale
I like Patterson as a player, but I think Hogan and Dorsett are the ones who mostly fill the void Gordon left behind. The Patriots haven’t shown much interest in making Patterson a full-time receiver even before Gordon came on board and Edelman returned from his suspension.

Why did the patriots draft a Guard over a WR? Why did they draft a RB over a LB? Why did they bring in Shelton over Valentine? Why do they ever draft a CB? What will be the panic level after they lose to buffalo?
— @ChefdDds89
Well, I’m glad to see no one is overreacting to a 9-5 record.

What?s the deal with the offense man? Is it decline, system or a lack of talent? I have a hard time even considering talent.
— @TheDTSB
Can it be everything? I don’t think it’s one specific problem.

Who let Harry-as-a-cop into the McAllister?s? #MailDoug
— @StephenMWarren
I assume Harry just let himself in with everyone rushing around to get ready, pack and eat pizza. It clearly wasn’t an adult.

“All kids. No parents. Probably a fancy orphanage.”

#maildoug What are three of your favorite more-obscure Home Alone quotes.

eg. “She’s got a whole shoebox full of ’em, uh, dangly ones,”
— @DarrylJohnston
First off, “Home Alone” is the best Christmas movie.

It is followed by “Christmas Vacation,” “The Santa Clause,” “Home Alone 2: Lost in New York” and “The Muppets Christmas Carol.”

“Elf” is a second-tier Christmas movie. Fight me.

I think “What am I supposed to do, shake his hand and say, ‘Congratulations, you?re an idiot?'” is an underrated line in the original “Home Alone.”

“Guys, I’m eating junk and watching rubbish! You better come out and stop me!” is good too.

My favorite might be “He was OK, though, after two, three weeks he came around and started talking again.”

Honorable mention to “What a hole!” in “Home Alone 2: Lost in New York.”

What is your favorite trap Kevin McAllister uses?
— @justin_don
I think it’s the big metal column that hits Harry and Marv simultaneously on the stairs in “Home Alone 2: Lost in New York” after they avoid the paint cans.

That’s No. 1. I also like the glass ornaments by the window, the bricks and the tool chest.

2 investment opportunities and you must choose the one with the greater present value: A lump-sum of $2M or an annuity with 25 payments of $250k a year with the first payment starting today. The interest rate is 9% per year compounded annually. Which one will you choose?
— @CommenterWall
I’ll go with No. 2. Is that the right answer? I kind of stopped reading midway through.

Do you have your holiday shopping done? #MailDoug
— @RJamesAtkins
I actually think I’m done. It’s difficult shopping for a 1-year-old, though, because I feel like I could just keep buying stuff.

#MailDoug Sure you got a ton of Gordon Qs, but I’d like to ask a broader one: does it serve the players, owners, or fans to suspend people for smoking marijuana? I know it is the rule, but should it be?
— @MrQuindazzi
No. No, it does not.

I don’t know what triggered Gordon’s violation of the NFL’s substance abuse policy, but if it’s marijuana, and if the NFL stops testing for that substance in the coming years, then Gordon’s career will look even more frustrating than it does now.

What do you when you fail your calculus final exam and maybe even the class and are now having an identity crisis because you’ve never failed at anything before(academically)?
— @BriBriTheSlyGuy
You’ve joined a prestigious club of people who have failed classes that includes me. Be honored.

What’s your favorite hot-take on the Pats from Twitter this week?
— @mattstdream
That the Patriots didn’t address their offensive weapons this offseason. There wasn’t a person on the planet who, during the spring, thought the Patriots were devoid of offensive firepower with Edelman, Hogan, Gronkowski, White, Michel, Burkhead, Hollister, Dorsett, Patterson, Jeremy Hill, Mike Gillislee, Malcolm Mitchell, Jordan Matthews, Kenny Britt, Braxton Berrios and Riley McCarron on the 90-man roster.

We were all trying to figure out who would get cut in a loaded receiver room that included Edelman, Hogan, Mitchell, Matthews, Britt, Berrios, Dorsett and Patterson.

People got hurt. Things were bleak. Then the Patriots traded for Gordon and all looked right for a while. Now it doesn’t.

Who are you picking to win the CFP? #MailDoug
— @DoctorCoachStew
Roll Tide.

Which Patriot player did you have high expectations for before the start of the season (in terms of production in games) and did that player meet your expectations?
— @Zeekee21
One of the Patriots’ problems this season is many players didn’t live up to expectations. I had high hopes for Hollister, Davis, Rivers, defensive tackle Adam Butler and defensive end Deatrich Wise to take a jump this year and none of them quite emerged as I expected.

Also what?s your favorite type of music to listen to? #maildoug
— @TheRealAlper
Just this song. It might have swears in it. I don’t remember. Don’t listen to it at work or something. It’s good, though. 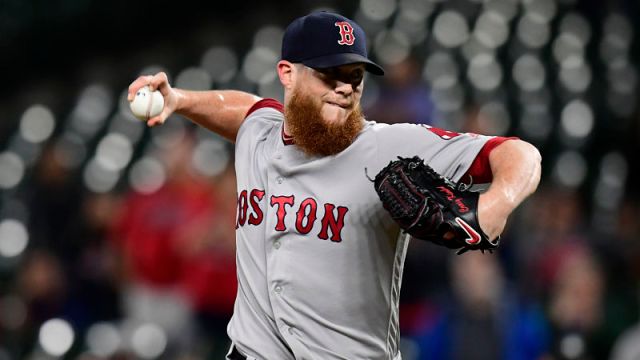 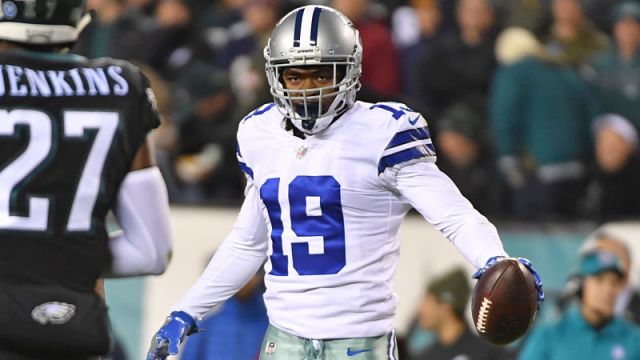 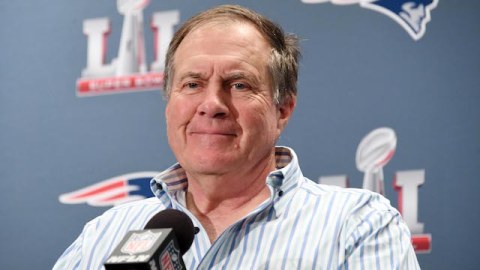