If you thought Max Kellerman was going to eat crow Monday morning, you were dead wrong.

The ESPN talking head famously has maintained his Tom Brady “cliff” take while the New England Patriots quarterback has defied Father Time and continued playing at a high level. And prior to the Patriots’ AFC Divisional Round game against the Los Angeles Chargers, Kellerman said Brady was the “last” remaining AFC playoff quarterback he’d want on his team.

And then Brady went out and dominated the Chargers on Sunday, leading the Patriots to an eighth straight conference championship game — much to the chagrin of those who doubted them.

So, would Kellerman walk back his “cliff” take during Monday’s “First Take” episode?

You already know where this is going.

.@maxkellerman is standing by his infamous comments about Tom Brady falling off the cliff. pic.twitter.com/4WYIi0Zsq7

Looks like Rob Parker has company in the bozo department.

Ultimately, Kellerman’s desire to continue doubting Brady might work against him. The 41-year-old quarterback clearly is fueling off hatred as he attempts to lead New England to yet another Super Bowl appearance. 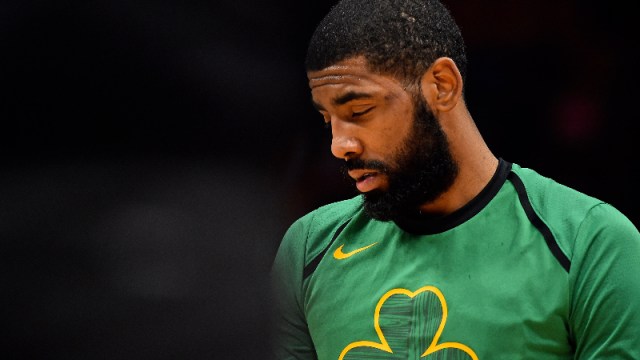 AFC Championship Vs. Chiefs Could Be One Of Coldest Games In Patriots History