There’s a new freshman 3-point champion in college basketball, and Golden State Warriors sharpshooter Stephen Curry might have some competition when Antoine Davis makes it to the NBA.

Davis, a guard for Detroit Mercy, broke Curry’s NCAA Division I freshman record for most 3-pointers made in a single season on Thursday. The freshman guard has made 123 treys, surpassing Curry’s record of 122.

Curry set the record back in 2006-07 while playing with Davidson. As a sophomore, he made 162 3’s and shot 43.9 percent from beyond the arc. Obviously, it’s hard to compare a college freshman with an NBA great, but Davis is doing his best to mimic Curry’s freshman season.

Davis hasn’t been nearly as good lately as he was at the beginning of the season, Sports Illustrated notes, but he’s still shooting 38.8 percent from beyond the arc. During Curry’s freshman season, he shot 40.8 percent from 3-point range.

During his freshman season, Curry tallied 730 points. So far this season, Davis has tallied 729 points with plenty of games left to score more than Curry as a freshman.

BetPhoenix is your source for the best basketball betting online. 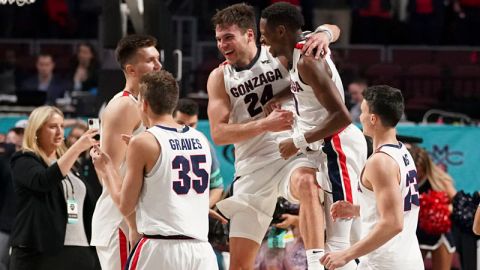