Ben Watson broke some unexpected news over Memorial Day weekend, announcing on social media he had been suspended for the first four games of the 2019 New England Patriots season.

According to Watson, he informed the Patriots of his failed drug test and the resulting punishment — which the veteran tight end won’t appeal — before they signed him earlier this month, so this development won’t surprise Bill Belichick and Co. For the rest of us, though, it makes the question of who will replace Rob Gronkowski as New England’s No. 1 tight end this season even more difficult to answer.

With Watson, who had been the odds-on favorite to take over that top spot, now sidelined until at least Week 5, let’s take a closer look at the other five tight ends currently vying for the starting job in New England:

Matt LaCosse
LaCosse hasn’t done much at the NFL level (27 catches for 272 yards and one touchdown in 22 career games), but he probably has the most upside of any current Patriots tight end. He has prototypical size (6-foot-6, 255 pounds) and some starting experience after injuries vaulted him to the top of the Denver Broncos’ depth chart in the second half of last season. The 26-year-old was the most impressive tight end on the field last Thursday during the first open practice of organized team activities, making a few nice grabs during 11-on-11 drills.

Austin Seferian-Jenkins
Seferian-Jenkins is the most experienced player in this group, but the injury bug has hounded him throughout his career. The 26-year-old has appeared in just 43 of a possible 80 games since entering the league as a second-round draft pick of the Tampa Bay Buccaneers in 2014. In his five seasons, he’s played in 10-plus games just once — in 2017, when he appeared in 13 contests and was the New York Jets’ third-leading receiver (50 catches, 357 yards, three touchdowns). We’ve yet to get a look at Seferian-Jenkins in a Patriots uniform. He was excused from the first week of OTAs for personal reasons.

Ryan Izzo
Izzo was considered an above-average blocker coming out of Florida State last season. The Patriots selected him in the seventh round and stashed him on injured reserve as a rookie. Izzo looked good in training camp and the preseason before landing on IR, though, and has a very real chance of earning a roster spot this summer, even if his ceiling as a pass-catcher appears relatively low.

Stephen Anderson
Listed at 6-2, 230, Anderson is the same height and just a few pounds heavier than N’Keal Harry, the wide receiver New England drafted in the first round last month. He’s a textbook “move” tight end — a talented pass-catcher who, by his own admission, shouldn’t be asked to throw his body into defensive linemen. Anderson carved out a nice role with the Houston Texans in 2016 and 2017, but he spent almost all of last season on the Patriots’ practice squad, earning a promotion to the 53-man roster after Week 17 but sitting out all three playoff games as a healthy scratch.

Andrew Beck
Beck, an undrafted free agent out of Texas, is the only rookie tight end the Patriots added this spring. The Longhorns primarily utilized him as a blocking H-back, but he tested well before the draft and could have more receiving upside than his modest senior stat line (28-281-2 in 14 games) would suggest. The Patriots also liked him enough to pay him $115,000 guaranteed — tops among this year’s UDFA class. 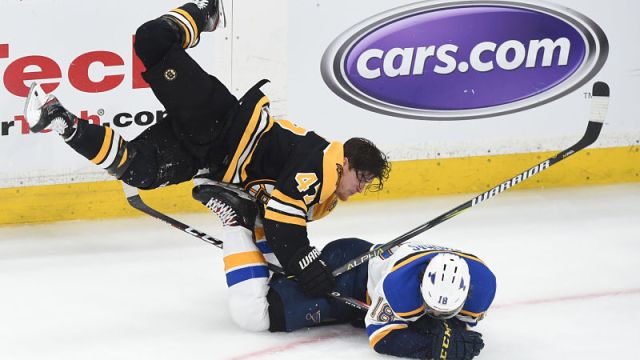 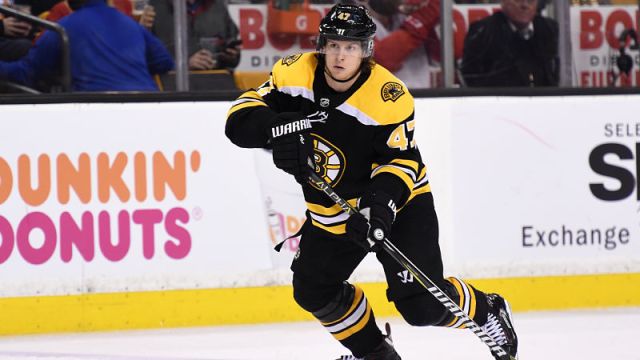