The Boston Celtics entered the 2019 NBA Draft with four selections and a large amount of speculation.

After all was said and done, the Celtics added Indiana’s Romeo Langford, Tennessee’s Grant Williams, Purdue’s Carsen Edwards and LSU’s Tremont Waters. All four were successful college players, but how will they impact Boston’s transforming roster? Let’s take a closer look at each selection.

Danny Ainge and the Celtics front office took a chance on Langford at No. 14. The 6-foot-6 wing has an NBA frame with tremendous amount of upside. He’s a good scorer who’s a solid finisher around the rim in addition to his confidence with the ball. There?s no reason to believe he won?t be a pro bucket-getter, especially if he can create his own shot in pick-and-roll sets.

But Langford’s shooting numbers from his lone season at Indiana are not pretty. He shot 27 percent from deep for the Hoosiers, but much of that is due to a thumb injury in his shooting hand. The 19-year-old played through the ailment, but recently had surgery on the torn ligament. His status for Summer League still is up in the air, according to Ainge.

Of course, you can’t attribute all of those shooting woes to his thumb. Langford will need to change his shot profile if he wants to reach his full potential. He has a high defensive ceiling as well, but he’ll need to start progressing towards it, specifically with his off-ball habits.

The Indiana product will be a solid, long wing alongside Jayson Tatum and Jaylen Brown. He won’t necessarily be an impact player off the bat, but Boston is in a nice spot where they can be patient with him. If a healthy Langford shows shades of what he was in high school, his versatility should be very valuable for Boston.

This was a low-risk, high-reward pick for Boston. The Tennessee product is a team-first guy who plays his butt off no matter what. He had a great year for the Volunteers last season, averaging 18.8 points, 7.5 rebounds and 3.2 assists in 37 games.

Williams’ basketball IQ is through the roof. He proved to be a solid scorer in college, with most of his points coming around the rim or via midrange shooting. If the 6-foot-7 forward can develop a consistent 3-point shot, this could be a major win for the Celtics.

He worked out of the post for Tennessee, but Williams is a bit undersized to do that in the NBA. He’ll need to develop some range to extend his offensive arsenal to the professional level. It’ll be interesting to monitor this development, as Williams isn’t all that athletic.

Bottom line here: Williams works extremely hard and will be a great addition to Boston’s culture. Celtics fans will love his team-first attitude and smart play on the court. If he can adjust his offensive game, Williams could prove to be a steal for Danny Ainge.

Edwards can shoot the ball with the best of them, that much we know. His Elite Eight showing against Virginia was a sight to behold, so we’re sure plenty of C’s fans were happy to see him end up in Boston.

The Purdue product is undersized, but could fit as a nice depth piece for Boston’s backcourt thanks to his athleticism and scoring ability. Like Williams, his high basketball IQ will benefit him immensely, as Edwards is great at reading the floor.

He’ll need to improve as a passer, but Edwards’ scoring ability should be fun. We’ll get our first look when he’s running the point for Boston’s Summer League squad.

Similar to Edwards, Waters’ lack of size will hurt him on the defensive end at the pro level. But don’t let his 5-foot-10 stature fool you, he’s a great ball handler with solid court vision and a reliable all-around game.

No, he probably doesn’t have a future as an everyday starting point guard in the NBA, but Waters will be a nice depth piece for the organization, especially with the future of its point guard slot remaining in flux. 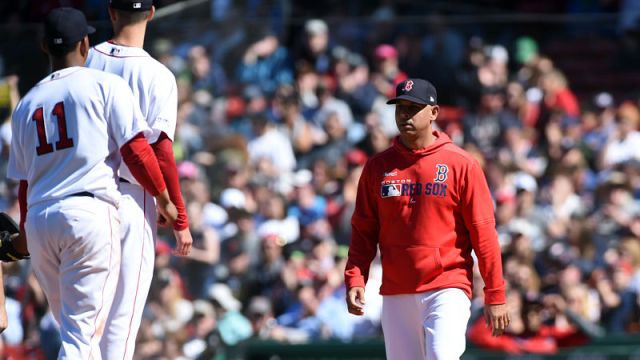 Alex Cora, Red Sox Will Be All Business As They Face Yankees In London 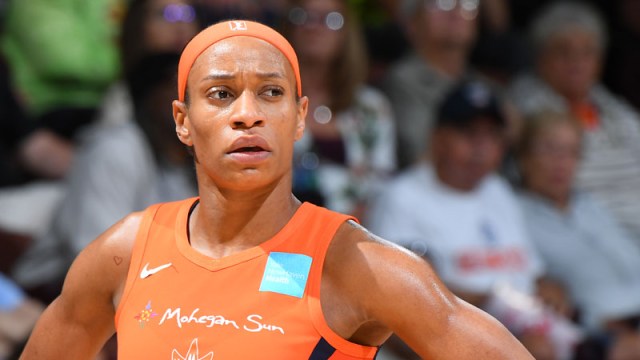