It’s far too early to draw any conclusions, but the early returns on the New England Patriots 2019 NFL Draft class are positive.

Five of the Patriots’ 10 selections from the 2019 NFL Draft are included in this week’s preseason standouts.

Here’s who helped lead the Patriots to a 22-17 win over the Tennessee Titans.

DT BYRON COWART
Cowart was the first Patriots rookie defender to make an impact. The fifth-round pick had an impressive sack on the second play of the game. Cowart also played well in the Patriots’ first preseason game as he makes a push for a roster spot. He’s a prototypical fit in the Patriots’ three-man front.

CB JOEJUAN WILLIAMS
Williams didn’t allow a catch on three targets with two pass breakups. The second-round pick out of Vanderbilt quietly had a strong summer after struggling at times during OTAs and minicamp.

We like Williams as a matchup player against bigger wide receivers who could give smaller corners like Jonathan Jones and JC Jackson some trouble.

OLB CHASE WINOVICH
Winovich was a monster after outside linebackers Derek Rivers and Shilique Calhoun went down with injuries in the same series. The third-round pick basically hit for the cycle with a sack, QB hit, tackle for loss and a drawn holding penalty. He’ll get playing time this season. He’s a force on the edge.

RB DAMIEN HARRIS
Harris displayed his patient, powerful running style, leading the team with 14 carries for 80 yards. The third-round pick had long runs of 20 and 17 yards.

P JAKE BAILEY
Bailey was out there booming punts and a safety kick. Ryan Allen was a consistent presence for six seasons, but Bailey is obviously more physically gifted. He might need to work on his holds. Stephen Gostkowski missed a field goal while the fifth-round pick was the holder.

LT ISAIAH WYNN
From what we saw, the Patriots left tackle had a flawless preseason debut 366 days removed from suffering a torn Achilles as a rookie. We tried to tell you guys not to worry about Wynn.

WR JAKOBI MEYERS
Meyers was the Patriots’ best wide receiver Saturday night, and it wasn’t even remotely close. We’d even put the undrafted free agent ahead of first-round pick N’Keal Harry, who sat out with a couple of different injuries, on the Patriots’ wide receiver depth chart.

Meyers caught six passes on six targets for 82 yards with a two-point conversion. 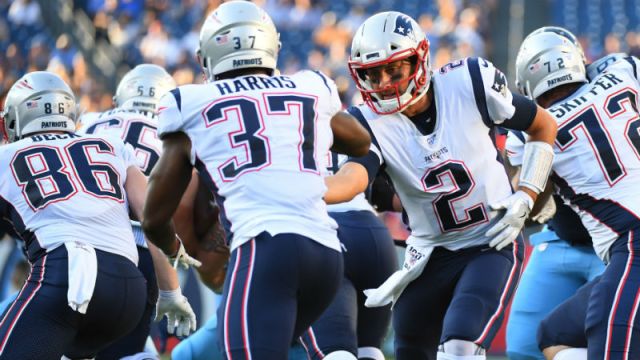 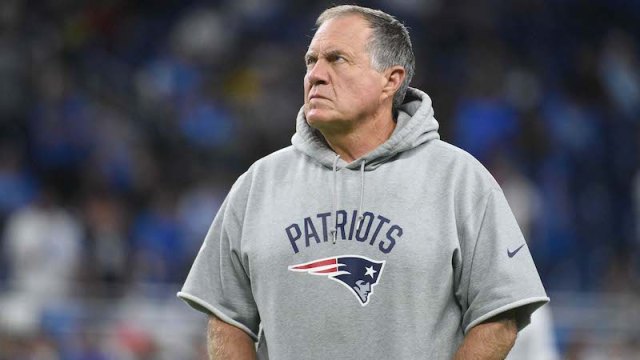