Perhaps the most interesting aspect of the pseudo-extension Tom Brady signed last week was a stipulation that will prevent the New England Patriots from using the franchise or transition tag on the 42-year-old quarterback next season.

Brady addressed this clause Monday during an appearance on WEEI’s “Greg Hill Show.”

?I those are some personal feelings, and there?s a lot of personal conversations that I have had that really aren?t for other people?s knowledge,” Brady said. “I think what this is about is this season and dealing with this year. Beyond this year, whether it is signing for five more years, or signing a franchise tag, or not playing — none of those things need to be decided this year. I think what it was focusing on this season and being in the right mental, emotional frame of mind to go out there and perform at my highest level.

“I have such a great relationship with the team and I have 20 years of success with Mr. (Robert) Kraft, Jonathan (Kraft) and with Coach (Bill) Belichick, with the whole organization and with the coaches. They know how I feel about them. We?ve just done some great things, and we?re going to try and do it again this year.

“It takes a lot to get (from) now to March (when the contract expires), and I don?t want to overlook the big challenge that we are facing. I don?t want my mind convoluted with thoughts that are premature or ones that I am worrying about beyond what the current situation is, which is us trying to go achieve what we all hope we can achieve. That is where my focus is, and that is what I am excited about. Let?s go. Put me in coach. I am ready to go play.?

This will be Brady’s 20th season with the Patriots. He offered a similar reply when asked if he’d like to finish his career in New England.

?Again, as I have said in my life, you control the things you can control,” he said. “Things that are out of your control you just have to go with the flow. I think I am in a great mental place — a great mental, emotional place — to approach the season. Again, this isn?t the first time around. There?s no point in worrying about things like that because there’s so many what-ifs and hypotheticals and this and that.

“If you spend all your time and energy on those things, you lose track of what is really most important, which is happening right now. This is where I want to be. This is the team I want to be apart of and leading. I am really excited about doing that. There really isn?t more to read into than that.”

Like most Patriots starters, Brady did not play in last Thursday’s preseason-opening win over the Detroit Lions. The Patriots will practice at Gillette Stadium on Monday and Tuesday before heading to Nashville for a set of joint practices with the Tennessee Titans. 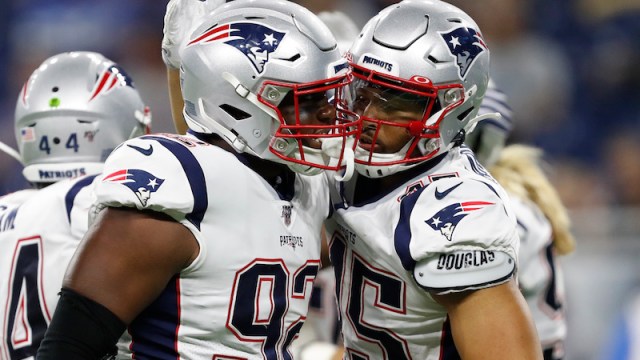 What We Learned From Patriots’ New Defensive Alignment In Preseason Opener 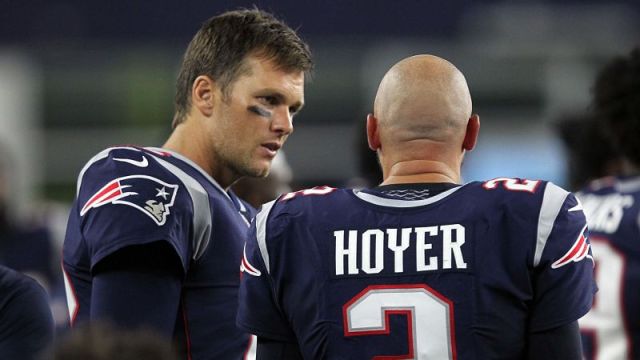