BOSTON — The Celtics are the team to beat in the NBA.

Boston extended its win streak to nine games Wednesday night with a 140-133 win over the Wizards at TD Garden. Despite Washington putting up a fight through the first half, the visitors never led by more than five.

Bradley Beal put up 44 points for the Wizards, but it just wasn’t enough for the visitors.

Isaiah Thomas didn’t drop the 50 points he was hopeful to do against his old team, but he did drain 18 on the night after a nice ovation from the TD Garden crowd.

TATUM LEAVES BEHIND MONDAY’S SLUMP
Tatum couldn’t find his groove Monday night, shooting just 1-of-18, but that certainly wasn’t the case Wednesday. It wasn’t easy by any means for the Celtics, as Washington certainly held its own against the NBA’s best team.

The Wizards answered an early Boston run to tie things up at 15-15, forcing Brad Stevens to call a timeout. But the C’s responded by re-claiming and building upon their lead with Walker weaving through traffic.

Kemba weaves through traffic for the and one ? pic.twitter.com/ft5E8547BP

But as they did all quarter, the Wizards fought back and took a 27-24 lead with just over two minutes left in the opening 12 minutes. The Celtics missed some easy layups, but Javonte Green got them back within one as he took advantage of his added minutes.

Edwards drained a 3-point shot to make it 29-29 with 1:30, but Beal answered back with a trey of his own for the slim Washington advantage. But with just 1.6 seconds left, Tatum sunk two points and polished it off with the and-one to tie at 34-34 heading into the second.

Tatum paced the C’s with 11 points, while Beal led all shooters with 12.

The 34 points Washington scored were the most allowed by the Celtics in the first quarter this season.

SMART PLAYS BIG ROLE FOR BOSTON
Mo Wagner was gifted a flagrant foul at the beginning of the second to help Washington begin the quarter on a 5-2 run.

But it was going to take more than a couple of questionable fouls to keep Boston down as it came within one as the C’s continued to perform well in the paint, making it a two-point game with 8:56 left in the half.

The Wizards tried to extend their lead on a bad Boston turnover, but Smart continued to defend the rim well and kept it a one-point game before Grant Williams made his way to the line and made both his shots. But another C’s turnover led to a Beal breakaway dunk to re-take the lead.

Smart continued to put up a case to be Defensive Player of the Year on another Wagner block, but the Wizards continued their fight to go back up by three. The Green battled on, with Smart nailing one from downtown before Brown drained his first points of the night.

Another Smart trey put the C’s ahead 59-56 in the final three minutes, which helped Boston take a slim 68-66 lead into the half.

Beal was on a tear, leading all shooters with 24 points. Tatum paced the Celtics with 15.

BROWN DRAINS 12 3Q POINTS
The C’s began the second half strong, including Walker working hard on the defensive end to help force the Wizards into a 24-second violation with Boston up 78-71. The home team extended their lead on the next possession and forced Washington to call a timeout just 2:56 into the third.

When IT keeps talking trash about your haircut, you shoot two over him ? pic.twitter.com/GorXYrN7jy

Boston continued to up its lead with help from Smart, who made his fourth 3-pointer of the night to make it 83-72. A Walker shot from beyond the arc put the home team up 88-77 to force the Wizards into another timeout. The Celtics took their biggest lead of the night, 90-77, but Washington, as it had all game, fought back to cut its deficit to 90-86 with 4:53 remaining the quarter.

More 3-pointers from Walker had TD Garden going crazy as the Celtics furthered the advantage to 102-96 at the end of three.

Bradley still led the way with 30 points, while Walker amassed 22 for the C’s.

C’S MAKE IT NINE STRAIGHT
Boston went on a 10-0 run with help from Tatum, Edwards, Wanamaker, Semi Ojeleye and Grant Williams all contributing.

JT with the euro step ? pic.twitter.com/scE7aSkqMm

Wanamaker, however, accounted for four turnovers. But Edwards continued to be strong off the bench for Boston, draining more buckets for a new career-high 15 points.

PLAY OF THE GAME
Marcus, you pest.

UP NEXT
The Celtics are back in action Friday when they take on the Golden State Warriors. Tip-off from Oakland Arena is set for 10:30 p.m. ET. 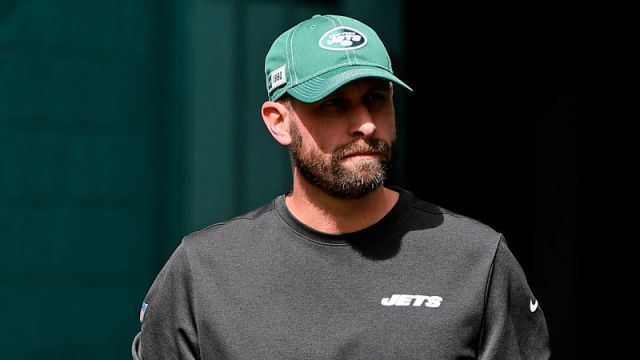 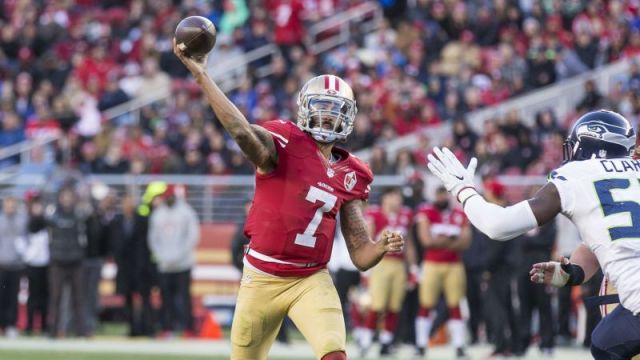