The New Orleans Saints’ Taysom Hill proved himself as an effective part-time offensive playmaker in 2019. Apparently that was enough to show some people in NFL circles — and Hill, himself — that he also could be a “franchise quarterback.”

That’s a major leap. Hill, who has attempted just 15 passes in games that count, will be 30 years old in August. He’s a restricted free agent, and the Saints likely will tag him with a first- or second-round tender. It’s been bandied about that the New England Patriots, who don’t have a second-round pick, would be willing to sign Hill to an offer sheet and give up compensation for the inexperienced signal-caller to potentially replace Tom Brady as their starting quarterback.

Patriots backup quarterback Jarrett Stidham, who will be 24 in August, went 61-of-90 for 731 yards with four touchdowns and an interception in the preseason this summer.

That’s not as much of a direct comparison between Hill and Stidham as it is an indication that preseason numbers ultimately should not matter. No one is looking at the Patriots’ current quarterback situation and saying, “Well, if Tom Brady leaves in free agency, then the Patriots have a proven effective franchise quarterback in Jarrett Stidham.”

Yet, that seems to be the narrative surrounding Hill and the Saints, whose starting quarterback, Drew Brees, is also a free agent. And yes, Hill has done more as an NFL player than Stidham. He has 71 career carries for 410 yards with three touchdowns and 25 catches for 265 yards with eight touchdowns between the regular season and playoffs.

But unless Hill’s team plans on running a Philly Special or read option every other play, those receiving numbers, rushing stats and that red-zone efficiency won’t really matter. No one was looking at Mike Vrabel’s receiving prowess at tight end in the 2000s and saying, “Let’s move that guy to quarterback.”

Hill is a great athlete. We all knew that when he worked out before and eventually wasn’t selected in the 2017 NFL Draft. But that really doesn’t say anything about Hill’s passing prowess or ability to read an NFL defense. The problem is that we simply don’t know if he can run an offense in the NFL.

As impressive as Hill’s rushing and receiving yards are for a quarterback, he’s never played as many as 50 percent of offensive snaps in an NFL game.

One of the stronger cases against Hill as an NFL starter is that Brees actually was injured in 2019, and Hill still wasn’t handed the keys to the Saints’ offense. Teddy Bridgewater, not Hill, became New Orleans’ starter. There’s a case to be made that happened because Bridgewater is also a starting-caliber quarterback and Saints head coach Sean Payton didn’t want to change his offense, so he made the easier switch between Brees and Bridgewater.

But Payton is a smart, creative guy, and if Hill was ready to be a top-tier NFL starting quarterback, you’d think he could do what the Baltimore Ravens did in 2018 when they went from Joe Flacco to Jackson or what the San Francisco 49ers did in 2012 with Alex Smith to Colin Kaepernick.

It’s possible that Hill is the 2020s version of Rich Gannon or Steve Young. They’re also athletic quarterbacks who finally found starting success in their 30s. But that’s also where most of the comparisons end — beyond Young and Hill’s BYU connection.

Gannon and Young were proven passers before they finally became top-flight full-time starters. Gannon was starting games by the time he was 25 years old in his fourth NFL season. Young started as a rookie in the USFL and NFL. They wound up actually being good years later, and they’re also exceptions to the rule. That Gannon and Young succeeded in their 30s is no proof that Hill can do the same.

Hill’s durability needs to be considered. too. He missed nearly full seasons with a broken leg and a lisfranc injury in college. Hill has held up over the last three seasons while playing offense and special teams, but it is a different situation than getting hit over and over and over again while dropping back as a quarterback.

All of this is to say it would be a major risk to hand over a first-round pick for Hill or head into the 2020 season while giving him the starting reins at quarterback. It’s true that some of that risk is mitigated by Hill’s ability to serve other roles on offense. If Hill failed as a starting quarterback, he could always play as a running back, wide receiver and tight end, and he could contribute on special teams. But the difference in cost between an offensive gadget player and a starting quarterback is drastic. No one is paying Cordarrelle Patterson or Tavon Austin starting quarterback money. That would be a certifiably insane decision. Players who served Hill’s role in 2019 are not worthy of first-round picks.

Maybe Hill winds up beating the odds and truly becoming that next Gannon or Young. But there’s really no evidence behind it despite some of the bold takes surrounding the impending restricted free agent.

Hill is a fun player to watch, but when words and names like franchise, Mahomes and Lamar are being thrown around in the same sentence as Taysom, we feel like we’re taking crazy pills. 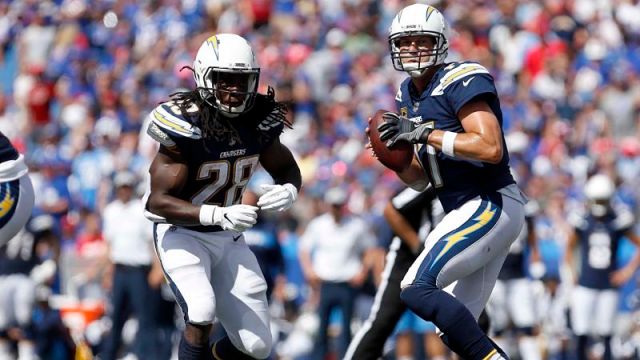 Melvin Gordon Believes Philip Rivers Will End Up With This Team 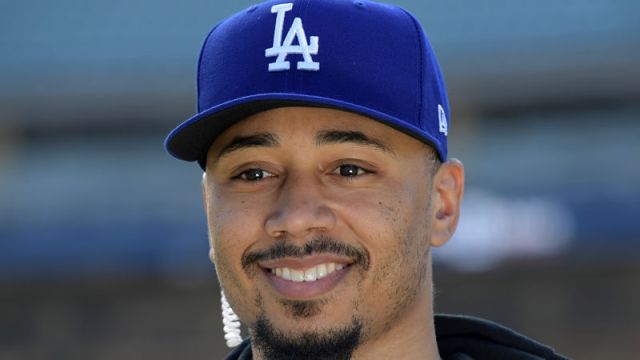