COVID-19 cases are on the rise in Florida, which reported a whopping 4,049 positive tests Saturday. So, the Sunshine State put out a new advisory Saturday that has some wondering how it might impact the resumption of sports.

The Florida Department of Health is asking individuals in the state to wear masks where social distancing isn’t possible, joining dozens of other states with the same recommendation. Individuals also will be asked to “refrain” from participating in gatherings in groups over 50, too.

So, will this impact professional sports leagues attempt to resume play in Florida? Probably not.

There are a couple of loopholes leagues could take advantage of, should they need to. The only people exempt from the new mask rule, for instance, include “those engaged in outdoor work or recreation with appropriate social distancing in place.” Additionally, the social gatherings rule only appears to apply to “social” and “recreational” situations.

Florida hasn’t been shy about allowing sports to continue during the pandemic, either. On April 1, just three weeks after the NBA became the first league to suspend its season over COVID-19, governor Ron DeSantis announced the state would allow professional sports to resume activity, deeming them “essential services.”

These new guidelines could be a red flag for players associations in leagues across the country as players assess the safety surrounding resuming their respective season. And it’s not the only problem league have going for them.

Sports teams in Florida haven’t had the best luck with COVID-19 lately, to say the least. At least five members of the Tampa Bay Buccaneers — which reportedly includes two players, an assistant coach and two assistants — three members of the Philadelphia Phillies, one member of the Toronto Blue Jays and at least three Tampa Bay Lightning players have tested positive for the virus in the last week alone. Almost every affected individual had been at their team’s respective training facilities in Florida prior to returning the positive tests.

That said, sports teams located in Florida or considering a location in the state as a “bubble city” for resuming play now have a dilemma. Do they allow their players to come to campus and risk their health? Do they implement additional restrictions to protect athletes? Do they explore alternative bubble cities? Or do they explore a new plan altogether?

Whatever the answer is, we’ll know soon enough.

More NFL: At Least One Player On ?Around 10 Teams? Has Tested Positive For COVID-19 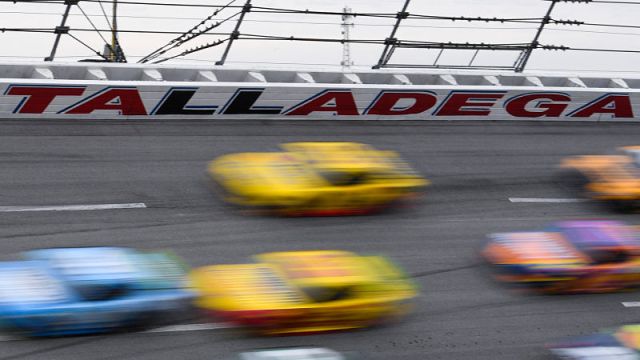