A big couple of weeks are ahead of Anders Bjork.

The Boston Bruins winger had appeared to fall out of favor in the weeks leading up to the NHL’s pause, getting routinely healthy scratched because of shortcomings in the physical end of his game.

But in a moment when getting off to a quick start is imperative, Bjork passed the initial test.

The Bruins, and most every other team in the NHL, resumed camp Monday, practicing for the first time in about four months. With David Pastrnak and Ondrej Kase unavailable, Bjork rode on the second line right wing opposite Jake DeBrusk with David Krejci between them.

And while acknowledging that it was just one day, Bruce Cassidy, while explaining how he’ll assess roster battles, admitted Bjork might’ve been the best player on the ice on Day 1.

“We are looking at scrimmaging later in the week, so there will be some performance evaluation during that,” Cassidy said. “You’ve got to be careful that you don’t rush to judgement early on. For example, today Anders Bjork looked terrific, maybe the best guy out there today, but it’s Day 1, so are we automatically going to say ‘OK, he’s in with player so-and-so’? But it’s good for him, I mean there’s competition here and I think our guys understand that and they’ve understood it for two years here. But obviously (Patrice Bergeron) is not going anywhere in the lineup, we know that, but there’s some spots that we’ve rotated different guys in and out. We’ve put guys in the press box for the odd night to let them know that ‘Hey, listen we expect a little bit better here and there’, and that won’t change.

“… We want to create competition without putting too much pressure on the guys, but yes there will be some evaluation of players, especially as the competition starts and we’ve gotten a few more reps under our belt, and that will start with scrimmages and certainly bleed into an exhibition game. But listen then we’ve got three games to get going and we need to be going during those games as well, all the sudden you’re in the playoffs so we have to use some of this as an evaluation plan, and we will for probably a handful of players.”

Bjork has been the victim of bad luck much of his pro career, with injuries marring his time in Boston. This season was the first time he became something of an NHL regular, in part because he was healthy and he had rounded out the defensive area of his game, making his offensive dry spells more tolerable. He’s very much the type of player that adds an important layer of depth if he’s playing the way he’s capable of, but simultaneously going to be someone with a short leash.

Deservedly so, but he might’ve bought himself a little more leash Monday morning.

Check Out These Highlights From Bruins’ First Training Camp Practice

Here are some other notes from Monday’s Bruins practice:

— On Day 1 of practice, the Bruins had 27 of 33 players on the roster in attendance.

The two most notable absences were David Pastrnak and Ondrej Kase, but Cassidy explained that the duo were still in the quarantine protocol because they had come from overseas. The other four not in attendance were Anton Blidh, Urho Vaakanainen, Trent Frederic and Dan Vladar, though Cassidy did note there would be a second session taking place at Warrior Ice Arena on Monday afternoon, and some of those not spotted earlier in the day would be out there for that.

It’s worth pointing out that Blidh, Vaakanainen and Vladar all are European and were confirmed to have gone back home during the NHL’s pause. None had been spotted at a Phase 2 practice.

— The NHL is advising clubs to not publicly speak about the circumstances surrounding a player’s absence, largely so that guys wouldn’t be inadvertently outed for contracting COVID-19.

We got our first glance at how that works, as the opening question to Cassidy was if he could detail the respective situations of the six players that weren’t available.

“As you know with the league, the new protocol is ‘unable to practice, unable to be here,'” Cassidy said.

— Torey Krug spoke Monday, but little of it had to do with the return to the ice, rather his contract situation.

The defenseman, a pending unrestricted free agent, obviously is impacted by the CBA being ratified and, in turn, the salary cap for next season being locked in.

You can read everything he had to say about his contract situation here.

— The success of the NHL’s hub plan is going to be determined in part by players actually following the guidelines the league set forth, both for the third and fourth phases.

Right now, players are allowed to be home with their families and are advised to social distance and wear masks when out. When the Bruins get to Toronto, pretty much the only places they’ll be going are the rink and their hotel, or areas the league designates as safe zones. If guys leave a safe zone, that’s only going to increase the chances of problems arising.

Bruins captain Patrice Bergeron shed a little light on how players, particularly those in leadership roles, are emphasizing the importance of being smart.

“I think professionalism is going to be huge. We need to rely on everyone for this thing to happen and to work. Right now in Phase 3, you’re allowed to go home and we’re not going to babysit you on your whereabouts and all that, so it’s about trusting one another and making sure that everyone is doing the right thing and is committed for this thing to work and go forward, so I think that’s the most important thing is to be professionals about it and be smart and use common sense, obviously.” 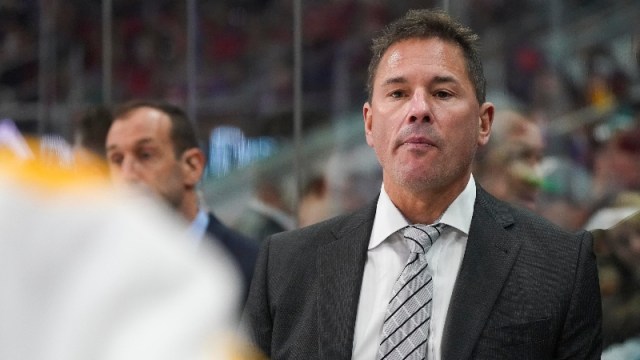 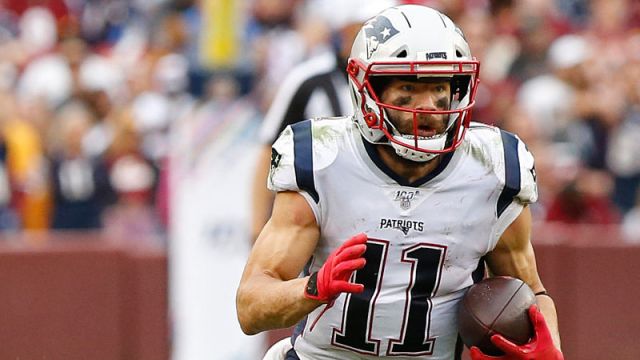