Is Patriots' QB Picture Clearing Up At All With Start Of Training Camp? - NESN.com Skip to content

No one knows who will start at quarterback for the New England Patriots in Week 1.

Go back over that sentence again, because one year ago, that would have been a wild read. There hasn’t been a quarterback competition in New England since 1992. Even in 2016, when Brady was suspended, it was a foregone conclusion that Jimmy Garoppolo would start over then-rookie Jacoby Brissett. When Brady went down with a torn ACL in 2008, Matt Cassel relieved him and never relinquished the job.

Fortunately for the Patriots, they have more appealing quarterback options now than they did 28 years ago when Hugh Millen, Scott Zolak, Tom Hodson and Jeff Carlson went a combined 2-14. (Zo should have started more games that year. The Patriots went 2-2 with him.)

The Patriots have only practiced five times since January. Monday’s session was the first in pads and in front of reporters, and it didn’t do much to clear up the competition between Cam Newton, Jarrett Stidham and Brian Hoyer.

Stidham was the best quarterback on the practice field Monday but only by an ever so slight margin in a small sample size. A passing camp doesn’t necessarily accentuate Newton’s strengths. Unfortunately for the 2015 NFL MVP, that’s the setting in which he’ll have to earn the job.

Patriots head coach Bill Belichick said Monday before practice that the Patriots would eventually simulate game situations, but that’s not the same as an actual preseason game. Quarterbacks will still wear red jerseys in scrimmages. Any time Newton tucks and runs, there will be lingering doubt over how many yards he actually could have or would have picked up in an actual game. The shoulder and ankle will be question marks.

Newton’s arm looked lively Monday but for the former Carolina Panthers quarterback, it’s more about the complete package. Belichick acknowledged Monday on WEEI that there will be projection involved in this year’s roster battles.

But at least Newton has started an NFL game — 124 of them, actually. Stidham looked great in preseason and practice reps last summer, but he threw four regular-season passes and one of them was overthrown to Rex Burkhead and picked off by the New York Jets. That kind of sample size means nothing, but it also confirms how much of a gigantic question mark he would represent leading the Patriots’ offense.

No offense to Hoyer, but the wily journeyman veteran is the worst-case scenario at QB this season. If Newton has any issues with injuries or acclimation, and if Stidham clearly isn’t ready, then the Patriots could always rely on Hoyer, who has played off and on in the system since 2009. But he is what he is. And on Monday, he was 3-of-6 in competitive drills while Stidham was 5-of-5 and Newton was 5-of-6.

?All the quarterbacks have been good,? Belichick told ESPN before practice. ?Brian Hoyer?s got the most experience of any of our quarterbacks in our system. Jarrett Stidham is really coming on here in Year 2. He got a great year last year in terms of learning and personal and technique development at the position.

?And Cam has been a late addition, but he?s brought a lot of energy and, obviously, playing experience to our room. For him, it?s catching up on the specifics of the Patriots system, terminology and so forth, which he?s worked extremely hard at. Brian Lewerke is a college free agent quarterback that is also in the room and is a developmental-type player. It?s a good group. ?

?They?ve all been great. I?d say, Cam, I just haven?t had experience working with Cam. But he works extremely hard. He puts a lot into it, as do Jarrett and Brian. So it?s a really hard-working, competitive group.?

It’s an unenviable task to name a starter in such a short time with a truncated training camp and no preseason nor spring practice sessions. If Stidham had a chance to shine in organized team activities and minicamp, then maybe the Patriots don’t take a flier on Newton.

But it is worth noting that what the Patriots did was take a flier on Newton. He’s making $1.75 million with a max value of $7.5 million. He’s only guaranteed $550,000 of it. His cap hit is $1.1375 million. If the Patriots viewed Newton as a sure-thing starter, he would have been signed in March and take up more cap space than special teamer Brandon King ($1,276,666).

It’s still a mystery when the Patriots will name their starting quarterback. Up to this point, if anything has been decided, the Patriots are certainly keeping it close to their chest. 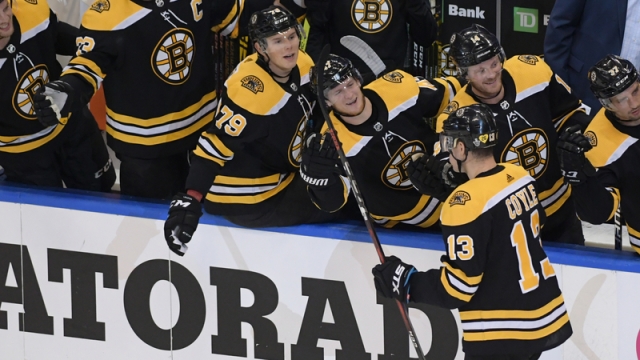 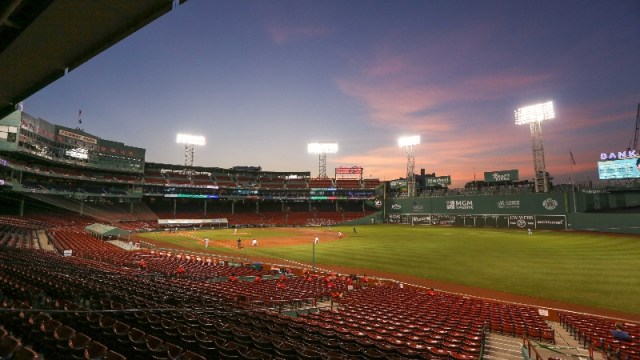