The Raiders appear to be in a bit of hot water.

Las Vegas is investigating a reported incident in which several members of the team were captured at a public event without properly wearing face coverings, per the Las Vegas Review-Journal. The DragonRidge Country Club already has been fined $2,000 by the city of Henderson for violating the state’s 50-person restriction on events. (More than 100 people reportedly attended the party.)

Owners Mark Davis took responsibility for the mishap, though he scolded those who participated.

“We obviously take responsibility for this,” Davis told reporters Tuesday, per the Journal. “You don’t like seeing this. I don’t know that it’s actually been built into our memories that you have to wear a mask. Our organization takes it very seriously.”

The event in question was held in support of Waller’s foundation supporting young adults addicted to drugs and alcohol.

The Raiders are scheduled to play the Buffalo Bills Sunday at 4:25 p.m. ET. 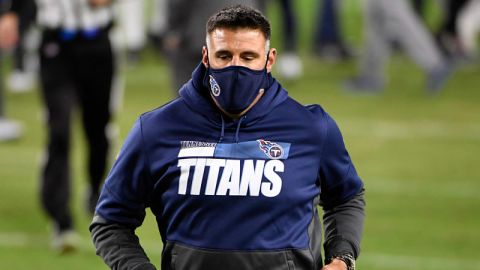