Some final thoughts on New England?s 18-12 loss to the Denver Broncos as the Patriots turn their focus to Sunday’s matchup with the San Francisco 49ers:

— This was an encouraging performance from Ja’Whaun Bentley, who’s struggled at times this season as the Patriots’ new go-to linebacker.

The third-year pro finished with a career-high 12 tackles, including two tackles for loss, and made multiple standout plays as a pass rusher (1/2 sack, two quarterback hits).

Bentley’s first career sack came on a Cover Zero blitz. He rushed unabated through the A-gap and quickly overwhelmed quarterback Drew Lock. Shilique Calhoun arrived off the edge moments later and was credited with a half-sack.

Bentley got to Lock again late in the game, delivering a shot to the QB’s chest as he released a deep ball that was intercepted by Jonathan Jones.

Bentley’s lack of speed can make him a liability in coverage, but he made a nice play in that area, as well, thumping wideout DaeSean Hamilton on a crossing route to help force a Lock throwaway.

“Ja’Whaun just does it all,” edge rusher John Simon said. “He’s a complete player. He’s young in his career, but he plays like a veteran. He plays the run and pass well. Good leader, too. I’m happy to have him out there. Smart guy and a great teammate.”

Safety Adrian Phillips, the Patriots’ de facto second linebacker this season, said he’s been able to learn a lot from Bentley, who saw limited action behind Dont’a Hightower and Jamie Collins in 2019.

“Playing next to Bentley has actually been super beneficial for me,” Phillips said. “I’ve just been a sponge soaking up everything. This is his third year in the defense, and he played next to guys like Hightower, Jamie. He just knows everything about the defense. So when I don’t completely understand something, I just go straight to him and he answers it for me. So it’s been a real beneficial being next to him and being next to him in the meetings and actually just getting to talk about ball and how he sees certain situations.”

Phillips was around the ball all lot Sunday, too. Four of his 10 tackles resulted in gains of 1 yard or less.

“You can see during the game, we’re able to play off each other and make plays,” he said. “He can tell me when he’s feeling a certain thing. I can tell him when I’ll feeling something and just shoot it and play off of him and go be a ballplayer.”

When Cam Newton broke out of the pocket for what proved to be a 38-yard scramble, Asiasi had a chance to lay a whopper of a hit on outside linebacker Anthony Chickillo. But he smartly resisted.

Under NFL rules implemented within the last few seasons, Asiasi would have been penalized for an illegal blindside block had he thrown his body into Chickillo, who was pursuing Newton downfield.

Knowing this, Asiasi simply stepped in front of Chickillo with his hands outstretched, as if to say, “Hey, I’m not hitting him!”

The move served its purpose — Chickillo tripped and fell to the turf, clearing a path for Newton — and Asiasi was not penalized.

— Another one from the silver linings department: Despite their litany of changes along the offensive line, the Patriots didn’t commit a single offensive penalty Sunday. They’ve committed just two through five games (a pair of false starts in Week 4).

New England is the only team in the NFL without an offensive holding penalty this season.

— Julian Edelman attempted multiple passes in a single game for the first time in his career, connecting with James White for 22 yards on a double pass and Newton for 16 yards on a reverse pass.

Both of Edelman’s completions came on the Patriots’ final possession. The 34-year-old receiver has a perfect passer rating in his career, completing 7 of 8 passes for 179 yards and two touchdowns with no interceptions.

— Undrafted wideout Isaiah Zuber could be playing his way into a 53-man roster spot.

The practice squadder flashed again Sunday as a COVID-19 replacement, showing good concentration and run-after-catch ability on a 16-yard reception in the second quarter.

His 16 receiving yards were more than Edelman (8) or N’Keal Harry (zero) recorded in the game, and his five offensive snaps outpaced Jakobi Meyers and Gunner Olszewski, neither of whom saw the field on offense.

Zuber hasn’t been more than a bit player in any of his three game-day call-ups, but he’s done his job when called upon. Each of his first three NFL touches has resulted in a Patriots first down.

— There’s a competitive three-team race shaping up in the AFC East.

Many had the Bills pegged as the favorite entering the season — though they’ll need to do something about their surprisingly leaky defense — but Brian Flores’ Dolphins have surprised some folks. 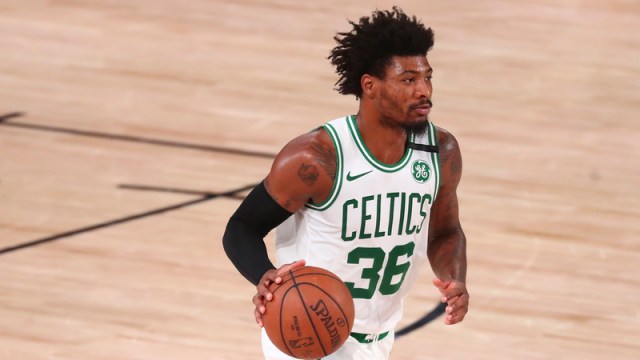 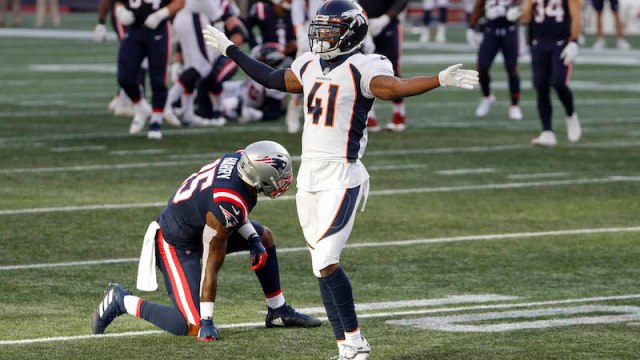