Who’s to blame for the New England Patriots’ ugly 18-12 loss to the Denver Broncos on Sunday?

Cam Newton puts himself at the top of that list.

?I have to play better football for the New England Patriots, and I will,” the Patriots said Monday on WEEI’s “Greg Hill Show.” “I think any competitor in this position — I heard a person say once, ?I don?t point fingers. I point thumbs.? And with that being said, I take full responsibility for where we are as an offense and here moving forward.

“It starts with No. 1, and I will be better. And that doesn?t mean I?m going to do more and press the issues. It?s just doing the small better, and I think I can do a better job of that.”

His time away from the practice field threw off his timing and anticipation, Newton said. He acknowledged he felt rusty in his first game back.

“Just playing a little faster,” Newton explained. “Not being so hesitant with your reads. I went to the right place, but it happened a millisecond too late. And in this game of football, it?s not necessarily about who?s better. It could be more or less about who reacts faster, and that?s what it came down to.?

Newton did have a 38-yard scramble that set up a late Patriots touchdown — and a team-high 76 rushing yards overall on 10 carries — but his bid for a go-ahead score came up short in the final minutes.

The loss was New England’s second in a row and third in four games. The Patriots now sit at 2-3 entering this Sunday’s matchup with the San Francisco 49ers, marking the first time they’ve carried a losing record in October or later since 2002.

Newton, though, expressed confidence in the Patriots’ roster.

?There?s no need to press the panic button,” he said on WEEI. “There is no need to start reinventing the wheel. We have the answers in that locker room. And we get guys back, hopefully, and some guys need to mend and heal up. But through it all, it?s our job as players to produce.?

During his postgame video conference, Newton said his level of confidence in New England’s pass-catchers remains “extremely high.” The QB was asked Monday whether this Patriots team can be a playoff contender as currently constructed.

?Listen, that is my last worry right now,” Newton replied. “I think us here moving forward, we have no room to look through a telescope. Our focus should be with a microscope and trying to find way to become better day by day and looking forward to the next game and seeing how we can maximize each day and each opportunity.

“But looking down to the playoffs, I don?t think none of us want to take our energy and our focus to that point. We just want to make sure that we maximize the things here day by day and see where that gets us.? 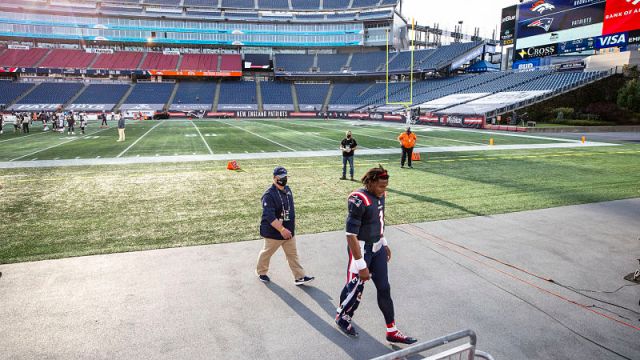 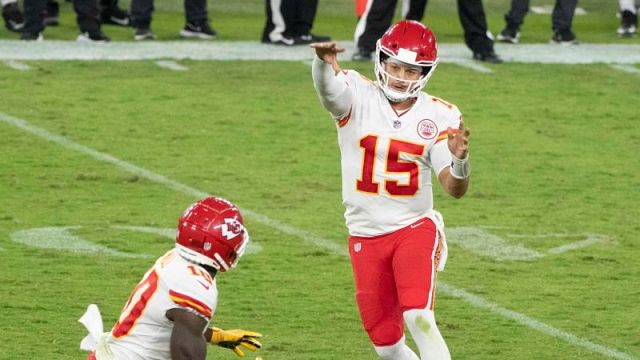