The on-paper, best-case scenario for the Boston Red Sox’s 2021 starting rotation is that of a playoff team, perhaps even one that can contend for a World Series title.

The problem, however, is a lot of hurdles need to be cleared and boxes must be checked in order for that to happen. Thus, the Red Sox are looking at a very interesting, potentially complicated offseason as it pertains to addressing their biggest issue.

It is an understatement to say the Red Sox’s starting pitching struggled in 2020.

Here’s how Boston’s starters finished the season in the American League pitching rankings (out of 15 teams, mind you):

OK, so how do the Red Sox go about fixing that? Great question. Let’s break down some options.

Stand pat and hope everything gets better
Remember that best-case scenario we mentioned earlier? This is it. The Red Sox basically could do nothing and hope injuries and illnesses are all sorted out sooner than later.

For that to happen, Chris Sale would need to come back even better than he was before undergoing Tommy John surgery. All indications are so far, so good, but even the most optimistic projections have him missing time to begin the season.

On a similar note, Boston will have to make sure Eduardo Rodriguez is fully healthy after he missed the 2020 season due to complications stemming from his COVID-19 diagnosis.

For the sake of this exercise, let’s assume both come back healthy and ready to contribute. If and when that happens, this is what the rotation could look like:

If everyone performs close to full potential and stays healthy, that’s a playoff rotation — big “ifs,” though.

Make minor signing(s) to boost depth
Quite frankly, combining these first two options might be the smartest, most realistic course of action. It’s definitely a cost-effective move, at least compared to making some sort of splash with a high-priced free agent.

Perhaps someone like Jose Quintana, who logged just 10 innings in 2020, fits that mold, especially on a short-term deal. Another veteran lefty, Brett Anderson, could be an option.

Here are some more free agents to consider in this group:

In case it wasn’t clear yet, this pitching class is heavy on left-handed pitching, especially toward the bottom.

The sentimental move
Hard to believe, but Jon Lester is about to hit free agency after six seasons with the Chicago Cubs. He probably won’t contend for a Cy Young Award — despite a top-10 finish in 2018 — but Lester still does one thing really well: eat innings.

Not counting 2020, Lester logged at least 170 innings in each of his seasons on the North Side. The 5.16 ERA in 12 starts this season is unsightly, but he’s not completely washed up yet and certainly knows his way around Fenway Park.

Hunting the big one(s)
Boston has reset its luxury tax and could start spending this winter. The starting pitching class is decent on the whole, but Trevor Bauer is far and away the most valuable asset.

The presumptive Cy Young front-runner (just ask him) had a sensational season in Cincinnati. Bauer led the majors with a 1.73 ERA and struck out a career-high 12.3 batters per nine innings. The problem with Bauer, though, is the financial aspect. Obviously, he’s going to command a ton of money.

But Bauer also has said in recent years he intends on signing one-year deals every year in free agency. For a team like the Red Sox, who might not be completely ready to contend, that’s a calculated risk, and Bauer certainly would improve them right away.

Here are some other big-name pitchers on the market:

Make a trade
Red Sox fans have to hope chief baseball officer Chaim Bloom, who came to Boston from Tampa Bay, has a little bit of Rays magic when it comes to trades.

Obviously, the Sox would love to swing a trade for someone like Tyler Glasnow, a move the Rays pulled at the 2018 deadline that looks better by the day. Even the equivalent of Tampa Bay acquiring Ryan Yarbrough would help.

Play the kids
This probably won’t happen, especially considering Boston’s commitment to regaining contender status as soon as possible. But it sure would be intriguing to see a rotation at some point in 2021 that includes Houck, Pivetta and perhaps even someone like Bryan Mata.

It seems like a long shot, especially considering the lack of a true minor league season in 2020. That said, Houck should be given every chance to win a spot in the rotation after a sensational big league debut that saw him win all three of his 2020 starts with a 0.53 ERA.

We’ll admit Pivetta’s status as a 27-year-old “kid” is at least a little misleading. But he’s a bit of a lottery ticket, and he did impress in limited time with Boston after being acquired from Philadelphia. If Pivetta, who allowed just two earned runs in 13 innings, can improve his command, he also should have a chance to win a job out of spring training (or whatever preseason is afforded to MLB teams in 2021). 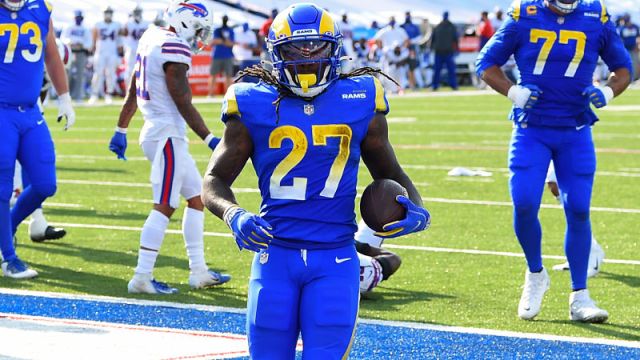 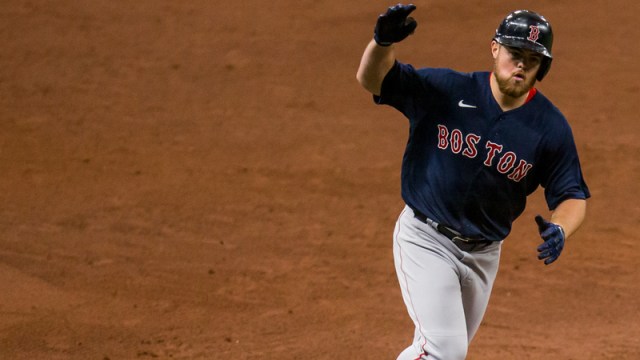