Two years ago, when the Boston Red Sox were winning a franchise-record 108 regular-season games en route to a World Series title, they had one of the best outfields in baseball.

Things have changed quite a bit since then.

That outfield trio consisting of Mookie Betts, Jackie Bradley Jr. and Andrew Benintendi certainly isn’t what it was in 2018, both literally and figuratively. A dropoff in production coincided with the team’s poor play in 2019, and Boston ultimately decided to trade Betts prior to the 2020 season.

The 2020 campaign was one to forget for Benintendi, who was 4-for-39 before his season ended with injury. As for Bradley, he had a fine season but is now at a crossroads in his career as he enters free agency for the first time in his career.

Bradley’s free agency is one of the major storylines in an enormously important offseason for a Red Sox team that finished the abbreviated season in last place in the American League East with a 24-36 record. Improvements must be made, and deciding whether the organization should try to retain Bradley is one of the biggest decisions facing chief baseball officer Chaim Bloom.

Theoretically, the 30-year-old Bradley is entering the market at a good time. His .814 OPS in 55 games was his highest since 2016 when he was an All-Star. He was paced out to hit more than 20 home runs in a 162-game schedule, and his strikeout rate was a career-low 22.1%. He did all of that while still playing stellar defense in center field.

Unfortunately for Bradley, he’s also hitting the market at an unprecedented time. No one can say for sure what the sport’s economy will look like this winter amid the COVID-19 pandemic and financial fallout. Perhaps that makes a reunion more possible.

When it comes to the Red Sox outfield as a whole, there are a few certainties entering the offseason. Alex Verdugo, whom Boston acquired in the Betts trade with the Los Angeles Dodgers, looks like the only sure thing entering 2021. Verdugo was a bright spot at the plate in the field during his first season with the Sox, and he is a part of the core moving forward.

Benintendi, on the other hand, is an interesting scenario. His standing as a top prospect feels like forever ago, but the 26-year-old is just two years removed from a career-high 122 wRC+ in 2018 when he looked destined to become one of the best all-around outfielders in baseball. Now, there are questions about what the future holds for Benintendi, who has more strikeouts than hits since the beginning of the 2019 season. He’ll get a chance to prove himself upon returning to full health.

Whether the Red Sox wade into free-agent waters this winter likely depends on what happens with Bradley. If JBJ walks, Bloom and Co. should turn their attention toward the free-agent market where a gaggle of solid veterans await.

Among the outfielders set to be free agents this winter are George Springer, Marcell Ozuna, Joc Pederson, Yasiel Puig and Michael Brantley.

Springer probably is the best overall player of the bunch and thus will be the most expensive prize. The Connecticut native and UConn product certainly would look great in center field, but do the Red Sox really want to commit that much money to a position player just after resetting the luxury tax?

The same debate could be said for Ozuna, whose gamble on himself with a one-year deal paid off as he led the National League in home runs and RBIs. He’ll be expensive, even if the market is weak.

There are some interesting short-term options on that list, which is another intriguing plan of action. That’s where Jarren Duran might come into play. Duran, 24, opened some eyes in Boston’s summer camp and could be the center fielder of the future. If the Sox feel he’ll be ready to contribute soon, it could make losing Bradley a little easier.

If Boston went that route, perhaps Brantley for a couple of years would make sense. Maybe a Jake Marisnick reclamation project? There certainly are options.

The Red Sox, at just about every level of the organization, have made it clear they’d like to re-sign Bradley. Perhaps keeping him at the trade deadline reinforced that notion. Bradley sounds open to the idea, too.

The veteran outfielder will go a long way in dictating how the Red Sox offseason plays out and whether the outfield overhaul will continue. 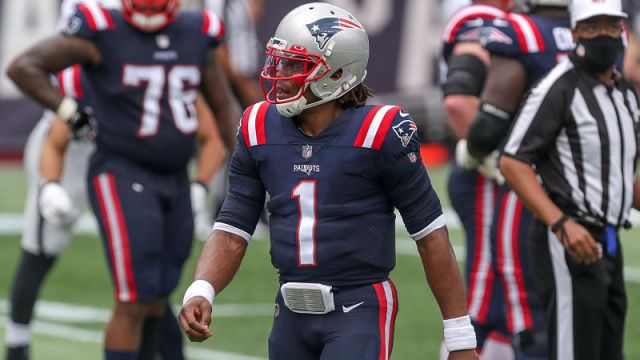 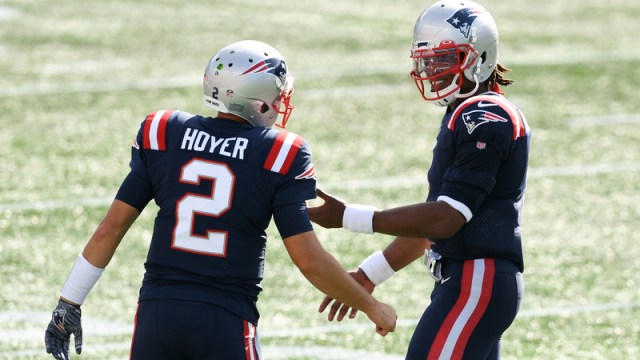