What Are Patriots' O-Line Combination Options After Trent Brown Trade? Skip to content

The New England Patriots made a big move — literally — on Tuesday morning, reportedly agreeing to a trade that will bring back 6-foot-8, 359-pound offensive tackle Trent Brown on a reduced contract.

The Patriots flipped a 2022 fifth-round pick to the Las Vegas Raiders for Brown and a 2022 seventh-round pick, The Boston Globe’s Jim McBride reported Tuesday morning. The move comes two years after Brown, 27, signed a massive four-year, $66 million deal with the Raiders in free agency. New England first acquired Brown in a trade with the San Francisco 49ers before the 2018 season for a third-fifth-round draft pick swap.

Now the biggest question is where Brown fits in along the Patriots’ offensive line. Here’s one possibility if free-agent left guard Joe Thuney is not retained and right tackle Marcus Cannon, who opted out in 2020, is not brought back:

Brown played left tackle with the Patriots in 2018.

Brown played right tackle with the 49ers and Raiders.

If Andrews leaves in free agency, or if Cannon or Thuney return, that would complicate matters.

Should Andrews depart, the Patriots would still have a hole to fill at center with veteran Marcus Martin, who hasn’t started an NFL game since 2016, as the only other snapper on the roster. Mason was projected to play center coming out of Georgia Tech but has exclusively been a guard in the NFL. Thuney filled in at center in 2020, but it’s extremely unlikely that New England will re-sign him on a top market deal and switch his primary position. Re-signing Andrews is a much more likely outcome.

Onwenu could be bumped out of a starting role if Cannon or Thuney return. That seems unlikely after Onwenu shined at left guard, right guard and right tackle as a rookie sixth-round pick in 2020.

The Patriots could look to retain Cannon for depth purposes. Wynn has only played in 18-of-48 (37.5 percent) possible games since being selected in the first round of the 2018 NFL Draft. Brown played in 16-of-32 possible contests with the Raiders, though he did stay healthy for all 16 games (and playoffs) with New England in 2018. Cannon, with a $7 million salary, would be an expensive backup, but it’s an important role with Wynn in a starting spot. Patriots 2020 sixth-round pick Justin Herron also showed potential in the swing tackle spot as a rookie, and Onwenu has the versatility to play guard or right tackle. New England has 2019 third-round pick Yodny Cajuste and veteran Korey Cunningham on its tackle depth chart, as well.

Bringing back Brown on a one-year deal worth up to $11 million is a big win for the Patriots. It’s unclear how much he’ll count against New England’s salary cap, but even if it’s $11 million, the Patriots could offset that by $7 million if they cut or trade Cannon. Only a fraction of Brown’s incentives would count against the salary cap if they’re tied into per-game roster bonuses. Brown only played five games last season, so any per-game bonuses beyond those five games would be marked as “not likely to be earned” (NLTBE) and not hit the salary cap until 2022.

The Patriots went into the offseason with over $60 million in cap space, so they have plenty of room to fit Brown on their roster. 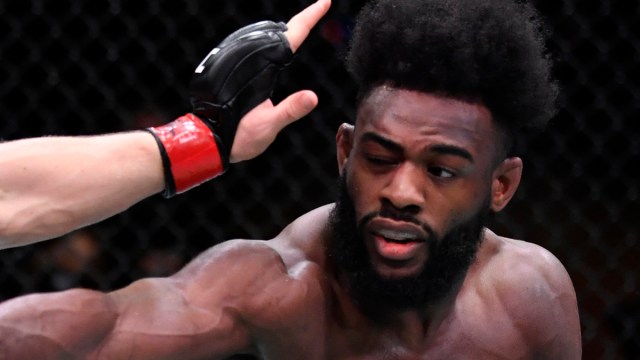 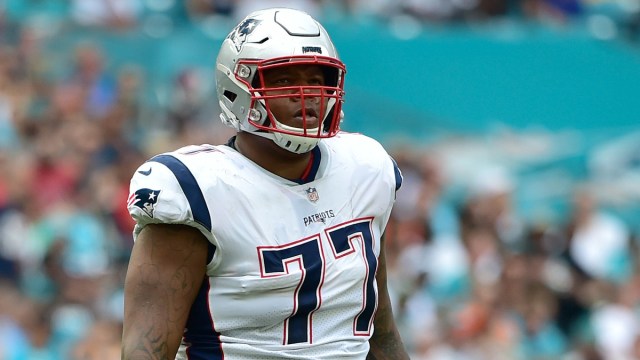