The New England Patriots didn’t need to trade up. No additional draft capital was required. They stayed put at No. 15 overall, remained patient and grabbed who they hope to be the future franchise quarterback of their organization in Alabama QB Mac Jones.

The Patriots never had a shot at Trevor Lawrence, Zach Wilson or Trey Lance, all of whom were taken in the first three picks of the 2021 NFL Draft. Bill Belichick wasn’t enamored with Justin Fields, a source told NESN.com earlier this week, so Bill Belichick sat back and the Patriots head coach let the Chicago Bears trade up at No. 11 overall for the Ohio State QB. When the New York Jets leapfrogged the Patriots to take USC offensive lineman Alijah Vera-Tucker, whom New England liked, the pick at No. 15 overall was obvious: Jones.

So, what’s the read on Jones? He’s a highly accurate quarterback with mechanics made for New England. He has ideal ball-security and can make passes to all levels of the field. He does labor a bit on deeper throws, but they remain on the mark. He also doesn’t have mobility made for the modern NFL game, but he can maneuver the pocket and avoid sacks with the best of them.

Jones does fit the Patriots’ prototype at quarterback at 6-foot-3, 217 pounds with a 4.83-second 40-yard dash and 7.04-second 3-cone drill. He wasn’t expected to last all the way to the 15th pick with rumors that the San Francisco 49ers would take him at No. 3 overall. The 49ers instead grabbed North Dakota State QB Trey Lance in a slightly surprise move.

Jones led FBS quarterbacks in PFF’s adjusted completion percentage metric. He was 57th in average depth of target but went 33-of-56 for 1,355 yards with 17 touchdowns and a 128 passer rating on throws of 20 yards or more.

Jones ranked first in deep yards and second on screen yards. He was sacked just 10 times in 2020, when Alabama went 12-0 and won the national championship.

The Alabama QB was definitely helped out by the weapons around him, including wide receivers Jaylen Waddle and Heisman Trophy winner Devonta Smith, both of whom were drafted in the first round. He also had perhaps the best offensive line in football. But they didn’t do all the work for Jones, who played better in 2020 than former Alabama QB Tua Tagovailoa, who was a top 10 pick in the 2020 NFL Draft, had performed in 2019.

It’s not out of the realm of possibility that Jones, who was thought to be pro-ready after just one full year of starting at Alabama, could be the Week 1 starter for New England.

The Patriots’ No. 1 need in the 2021 NFL Draft was at quarterback. The Patriots required competition for the starting job and a franchise QB of the future. That New England was able to stay at No. 15 overall and grab Jones should be considered a win. 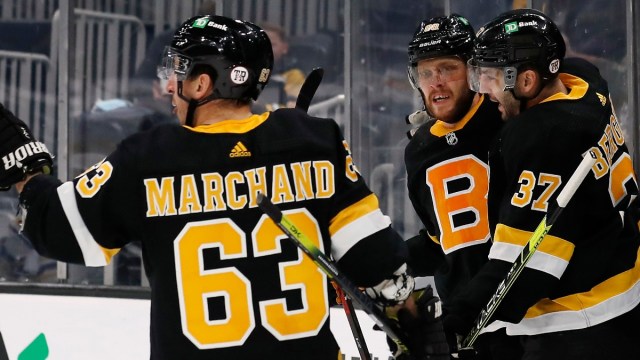