The New England Patriots landed their quarterback of the future Thursday night. And they didn?t even need to trade up to do so.

The Patriots selected Alabama?s Mac Jones with the 15th overall pick in the 2021 NFL Draft.

Jones was phenomenally productive for the Crimson Tide last season, leading the nation in completion percentage (77.4 percent) and yards per attempt (11.2) as he led a loaded Bama squad to a national title. He finished with 4,500 passing yards, 41 touchdowns and just four interceptions in 13 games, posting a 14-to-1 touchdown-to-INT rate in the Tide?s three postseason games.

Pre-draft concerns about Jones focused on his relative lack of athleticism compared to this year?s other elite QB prospects and the fact he played in an ideal situation at Alabama. The 23-year-old fits what the Patriots typically look for in their quarterbacks, however, and comes from a Nick Saban-led program that?s produced New England selections in each of the last three drafts and five of the last seven.

Patriots head coach Bill Belichick and offensive coordinator Josh McDaniels both were present at Jones’ Alabama pro day last month. Jones capped that workout with a play from Navy’s playbook, which he said he hoped Belichick would appreciate.

Jones — the first Patriots quarterback drafted in the first round since Drew Bledsoe in 1993 — came off the board four spots after Ohio State quarterback Justin Fields, whom the Chicago Bears traded up to select at No. 11 overall. Chicago sent the 20th pick, a 2022 first-rounder, a 2021 fifth and a 2022 fourth to the NFC East rival Philadelphia Eagles to move up nine spots.

The Patriots currently own picks No. 46 and 96 overall on Day 2 of the draft, plus seven more selections (three fourth-rounders, one fifth, two sixths and one seventh) on Day 3. Their remaining roster needs include offensive tackle, wide receiver, linebacker and safety. 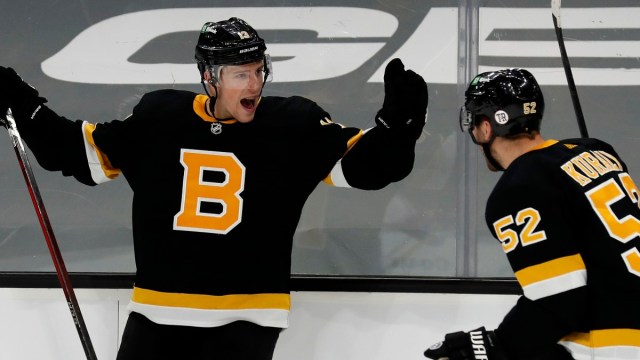 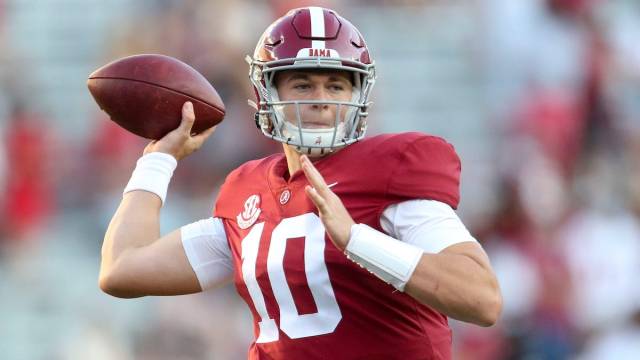