You’d be hard pressed to find someone who isn’t loving what Jeremy Swayman is doing between the pipes for the Boston Bruins.

The 22-year-old goalie stopped all 15 shots he faced en route to the second shutout of his career in the Bruins’ 4-0 shutout win over the New York Rangers on Thursday night at TD Garden.

Swayman earned his seventh win to move to 7-2-0 in nine games. He made quite the impression after filling in for Jaroslav Halak and Tuukka Rask when they were dealing with COVID-19 and a back injury, respectively.

He also has drawn praise for how composed he seems in net, even when a goal gets by.

Charlie McAvoy was just the latest to praise his teammate after the win, which helped keep the Bruins in third place in the East Division standings with just three games left.

“He’s having a blast. He’s playing well,” McAvoy said during his postgame Zoom. “Seeing his attitude, the way he does it and how he carries himself. He loves to have fun at the rink and it’s awesome. It’s contagious. For him to come in and play the way that he has, one it’s a testament to where he’s at in his career one year removed from college, just seeing him come in and make the impact he has has been great. His attitude is awesome, it’s off the charts. He’s always smiling, he talks a lot on the ice which is helpful for the D-men. He’s having a heck of a time, and he’s playing awesome.”

It’s certainly easy to see that Swayman indeed is having a “heck of a time,” and he’s giving head coach Bruce Cassidy some tough decisions to make about who the two goalies will be when the Stanley Cup playoffs begin. 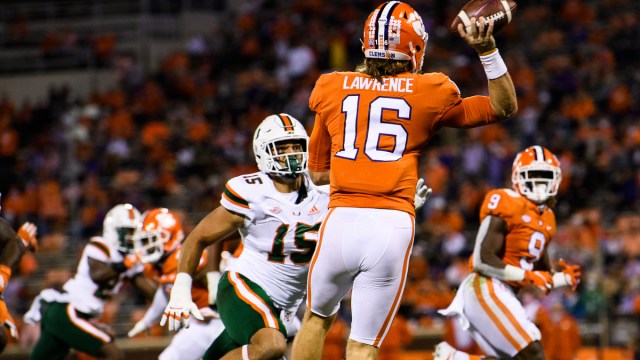