This was not the outing the Celtics had hoped for.

Boston fell 129-121 to the Miami Heat on Tuesday night at TD Garden after a back-and-forth game turned ugly for the C’s. Things got interesting late in the final frame, but the Heat managed to hang on.

Tyler Herro (24 points, 11 rebounds), Duncan Robinson (22 points) and Bam Adebayo (22 points, seven rebounds, five assists) led the charge for Miami. The Heat’s bench got hot late in the game as they opened up a double-figure lead the C’s couldn’t erase.

The Celtics dipped to 35-34 and now likely will finish the season as the No. 7 seed in the Eastern Conference.

The Heat, meanwhile, improved to 38-31 and have a chance to boost their positions in the standings before their final game Sunday.

NOT BAD
This wasn’t one of the slow starts Celtics fans are used to seeing, but it wasn’t Boston’s best either.

Things started on a scary note, though, when Kemba Walker went to the locker room less than two minutes in after colliding with Bam Adebayo. He appeared to be clutching his left arm as he left the court but returned a few minutes later.

Boston’s starters helped open up a six-point advantage in the opening minutes. But Miami erased it rather quickly and the two teams traded leads for the rest of the quarter.

Still, the Celtics and Heat entered the second knotted at 28-all. Jimmy Butler led all scorers with 11 points.

Fournier and Tatum had eight points apiece on a combined 60% shooting while Walker and Smart both had five. Tatum led the C’s with four rebounds and one block but collected two personal fouls.

MIAMI HEATS UP
Boston and Miami continued to trade leads in the second, but the latter solidified theirs ahead of halftime.

Boston was on fire offensively, hitting 53.35% from 3-point range and 50% of all shots from the field through two.

But the Heat were just as persistent. Adebayo and Tyler Herro putting up 15 points apiece on an incredible 14-for-17 (82.4%) shooting and combined for eight rebounds.

Both teams hit some impressive shots in the moments leading up to halftime, but the Heat found an edge down the stretch. Miami ended the quarter on an 8-0 run and took a 62-56 lead into the second half after completing 70% of their shots in the second.

DOWNHILL
The Heat maintained an edge throughout the third, and things got uglier as time progressed.

Butler did not return after getting poked in the eye in the second, but Miami did just fine without him. Then, Duncan Robinson exploded for 13 third-quarter points on 75% shooting and tied Adebayo with 22 points through three.

Walker remained consistent for the C’s and led all scorers with 29 on 12-of-23 (52.2%) shooting. The rest of the team did not follow suit, though, allowing the Heat to build a 14-point advantage.

Miami outscored Boston 17-6 in the final four minutes of the quarter and entered the final frame up 93-79.

NOT MUCH FIGHT LEFT
It didn’t take long for the Celtics to shut down and the Heat to take over.

Miami pushed its lead from 14 to 21 in a heartbeat as Boston struggled to keep up. The Heat’s bench got its time to shine down the stretch, with Goran Dragic (15 points) and Kendrick Nunn (14 points, six rebounds) providing some much-needed support to keep the C’s at bay.

Tatum and Walker tried to give Boston some sort of momentum offensively as they continued to pile on the points, but they did not have much support elsewhere. The Celtics did make it a six-point game with 9.5 seconds left, but it was too little, too late.

PLAY OF THE GAME
For Walker, at least.

UP NEXT
Boston has just three games left on its regular-season schedule, the first of which is slated for Wednesday night against the Cleveland Cavaliers at Quicken Loans Arena. Tip-off is set for 8 p.m. ET. 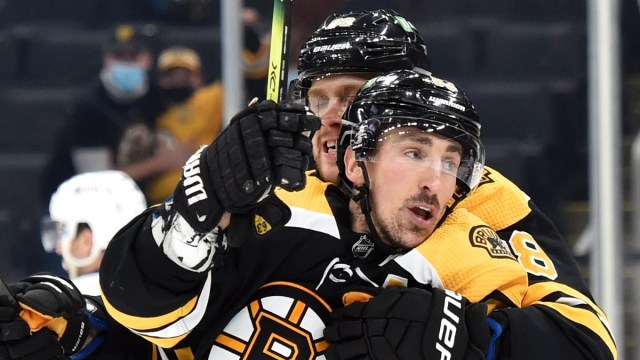 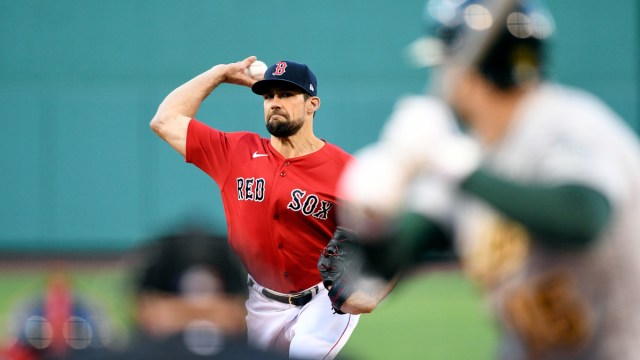