Patriots' Defense 'One Of The Hardest' To Play In, Pats Captain Says Skip to content

Kyle Van Noy rejoined the Patriots this offseason after one year in Miami, and fellow linebacker Dont’a Hightower is expected back after opting out of the 2020 season due to COVID-19 concerns.

Van Noy and Hightower both have won multiple Super Bowls with New England, and Guy believes their institutional knowledge will be a major asset for this year’s team.

“It’s exciting,” the veteran defensive tackle and team co-captain said Thursday in a video conference. “Where we came from last year, a lot of people were gone and we had a lot of youth, so just bringing back some of that experience — but not only that experience, having people come back that know the system. Bill (Belichick)’s system is one of the hardest systems to play in, and we understand that. We can see that through the years.

“Not everybody can come in here and play. We see talent come in and you see them go (and ask), ‘Why didn’t they fit.’ Because it’s difficult. We challenge each other. And actually having that brotherhood that we already had … that’s just going to bring a better brotherhood (with) everybody else that’s coming into the room. … It’s going to be exciting to get back on the field with everybody.”

The Patriots also added a handful of defenders who don’t have prior ties to Foxboro.

High-priced edge rusher Matt Judon — a former teammate of Guy’s in Baltimore — came over from the Ravens. Defensive lineman Henry Anderson played for the New York Jets and Indianapolis Colts. D-tackle Davon Godchaux and linebacker Raekwon McMillan are new to New England, though both played in a similar system with Brian Flores’ Dolphins. D-tackle Montravius Adams spent the last four seasons with the Green Bay Packers. Defensive back Jalen Mills was a career Philadelphia Eagle until two months ago.

As Guy noted, many players who’ve enjoyed success elsewhere fail to latch on in New England. Former Pro Bowler Michael Bennett is one recent example. But Guy has confidence in this latest crop of newcomers.

“The best thing I could say about that is we’re a bunch of athletes that have been in the league for a while,” Guy said. “I’ve had conversations with them, just trying to explain different terminology. But once you’ve been in the league for so long, you realize every playbook is pretty much the same. You’ve got different words for it; you’ve got the different terminology. But once you start figuring out this means this and this means that, you’re kind of able to group that together. It’s going in and talking through everything.

“And you can’t really do too much during this time (of the offseason) but just build that bond that you have. Everything starts hitting the fan when pads come on. We all know what type of athletes people want to be, what type of players they’re going to be, once the pads come on, because everything starts going quickly. So you just try to prepare everybody for that aspect of it.”

Guy said he spent time Thursday working 1-on-1 with Godchaux, who projects as a starter on New England’s defensive line. The Patriots, who are coming off an underwhelming 7-9 season, currently are in Phase 2 of their offseason program, with organized team activities (full-speed, non-contact practices) set to begin next week. 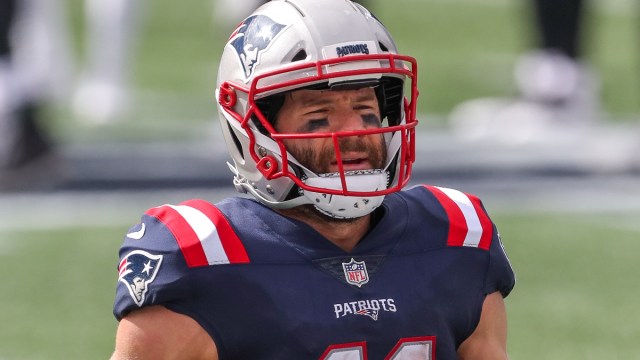 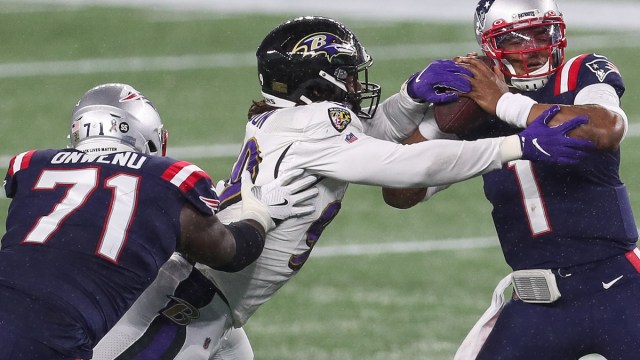