Sometimes duty calls, and it came calling for Christian Vázquez on Wednesday night in Atlanta.

Vázquez was replaced by Kevin Plawecki with one out in the bottom of the seventh inning in the Red Sox-Braves series finale. Vázquez’s departure was pretty puzzling in the moment, as there were no signs of an apparent injury.

It was later revealed Vázquez left the contest at Truist Park due to a “stomach illness.” Boston manager Alex Cora couldn’t contain his laughter as he gave an “update” on the veteran backstop after the Red Sox’s 10-8 win.

After a brief pause, the Sox manager added, “He’s going to kill me for that one.”

While a “lighter” Vázquez likely is itching to get back out there, he’ll have to wait until Friday when the Red Sox open up a three-game series against the Royals in Kansas City. 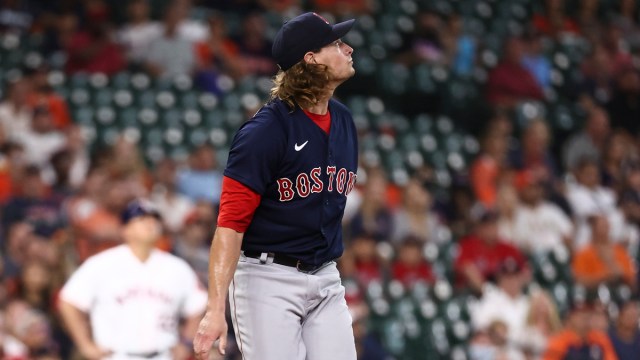