Bradley Beal reportedly is contemplating a trade request, and a subsequent rumor has narrowed Boston down as the “preferred destination.”

The Washington Wizards guard long has been linked to the Celtics in speculation due to his close friendship with fellow St. Louis native Jayson Tatum. Two reports from Bleacher Report on Saturday kept the conversation alive.

But take them with a grain of salt. The first report, from Jake Fischer, said front offices around the league are hearing that Beal is contemplating on requesting a trade ahead of the 2021 NBA Draft, scheduled for this Tuesday.

Fischer’s sources narrowed down the teams Beal would “welcome” a trade to: the Celtics, Golden State Warriors, Miami Heat or Philadelphia 76ers.

Just over two hours later, Jason Dumas reported Boston “would be a preferred destination to play with longtime friend Jayson Tatum and compete for a championship.”

If Beal actually is on the trade market, most of the NBA will hope to be a potential suitor.

Of course, the current iteration of the Celtics would look much different if the All-Star guard entered the picture, as it would almost certainly have to send out its two best defenders — All-Star wing Jaylen Brown and ballhandler Marcus Smart.

A Boston team that wants to improve defensively from what it was last year might not rush to make this deal to unite two childhood friends who actually have barely played together. But it would be even sillier to not entertain negotiations entirely, as Beal is a piece that could help a lot of teams — including the Celtics — win now.

Also of note, Beal is a free agent after this season. So we’ll see if he decides to hang tight for one more year or ask to get out ahead of the draft. 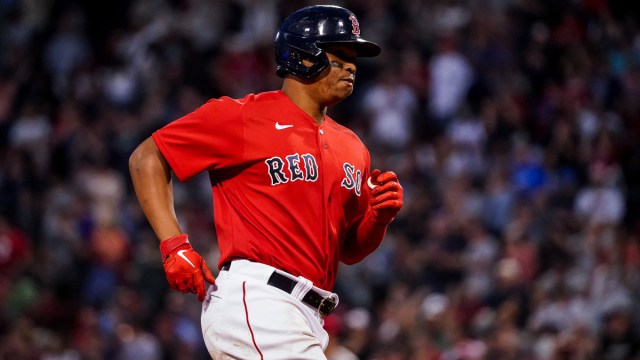