There are two very simple takeaways from Tuukka Rask’s appearance Wednesday on NESN’s coverage of the WEEI/NESN Jimmy Fund Radio-Telethon.

One: He is feeling healthy and, barring a setback, believes he can keep playing.

Two: He will only play for the Boston Bruins, and won’t milk them for every penny left of their cap space.

That does create something of a good problem for the Bruins. Boston will roll into this season with Jeremy Swayman and newly signed veteran Linus Ullmark. Both will get an equal shot to claim the starting goalie job.

The leash will be shorter on both, as neither is a Vezina-caliber netminder like Rask and a relatively small gap between the two in terms of talent and potential.

While this is conjecture, the thought is if the Bruins want Rask back, he’ll probably sign around late December, early January — he said Wednesday he hopes to be ready by Christmastime/early January. He’ll be had on a cheap deal, which might eat up the rest of the Bruins’ current cap space or, depending on further moves or if anyone still is on long-term injured reserve, leave them with a little flexibility.

Unless Swayman is playing out of his mind, there’s a good chance he’d be sent down if there’s not a major difference between him and Ullmark. He’s still young and waivers exempt and would be better off playing regularly in Providence than periodically backing up in Boston.

If Swayman is the real deal right away, that obviously complicates things — again, in a good way. It’s possible the Bruins carry three goalies, which is rare but occasionally done. The New York Rangers did it a few years ago with Henrik Lundqvist, Igor Shesterkin and Alexandar Georgiev, and it wasn’t the most ideal setup. However, it would keep the Bruins from overworking any one of their goalies, and it would essentially offer a three-month battle for who the starter would be if they make the playoffs.

If Rask returns, the wild card in all of this is Swayman. The Bruins wouldn’t sign Ullmark to a four-year deal that pays him $5 million a season just to put him on waivers if Rask re-signs. It would have to be a pretty brutal few months for the 28-year-old for that to happen.

Which is why it’s important to be practical about Swayman. Could he immediately blossom into a bona fide No. 1 goalie right away? It’s possible. But the sample size for him is very small, and there have been plenty of cautionary tales about going all-in on a young goalie right away. Throwing Swayman into the fire right now might be tempting, but it isn’t always the most shrewd long-term plan. If he grabs the top job right away in camp and shows out for a few months, then the conversation is different.

The bottom line is the Bruins had to proceed forward this offseason like Rask wasn’t returning, hence the four years for Ullmark. But the door has never been closed on Rask, and if he’s healthy and willing to play for cheap, the Bruins have basically no choice but to find a way to work him back into the fold. 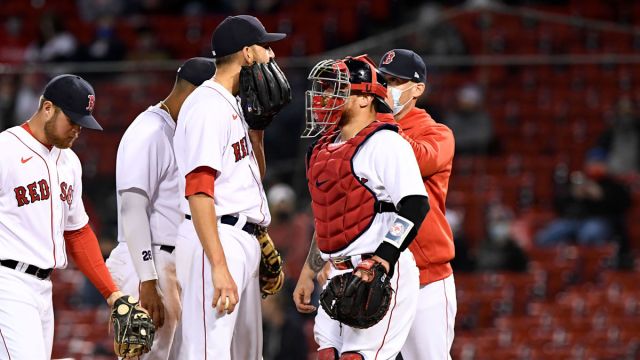 Red Sox ‘Concerned’ About Matt Barnes’ Slump, So What Are Their Options? 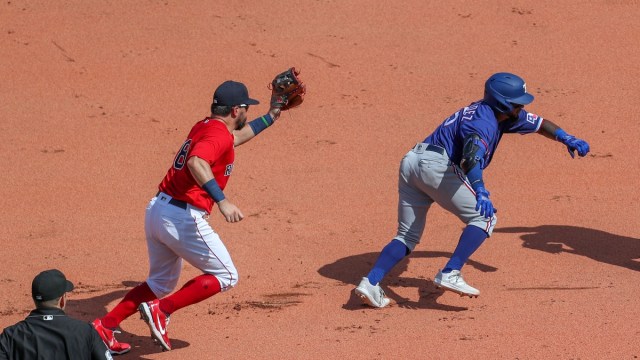