The Boston Red Sox and Washington Nationals were stuck in a scoreless stalemate for five innings before Hunter Renfroe and Bobby Dalbec had had enough. The pair launched back-to-back home runs to give the visitors a 4-0 lead in the top of the sixth inning at Nationals Park.

Everything started when Xander Bogaerts — celebrating his 29th birthday — singled to open the frame. J.D. Martinez got aboard on a single of his own, then Renfroe brought them around on his 31st home run of the season.

That one came off of a 90.9 mph fastball from Josh Rogers, traveling 423 feet to center field.

Dalbec obviously didn’t want to be out on the base paths all alone. He took his first pitch from Rogers — a 79.2 mph slider — 376 feet to left center.

Playing in a National League ballpark and thus without a designated hitter in this crucial final series of the season, Alex Cora said prior to the game that he was focused on getting as much offense into the lineup as possible.

At this point, it seems the mission was accomplished. 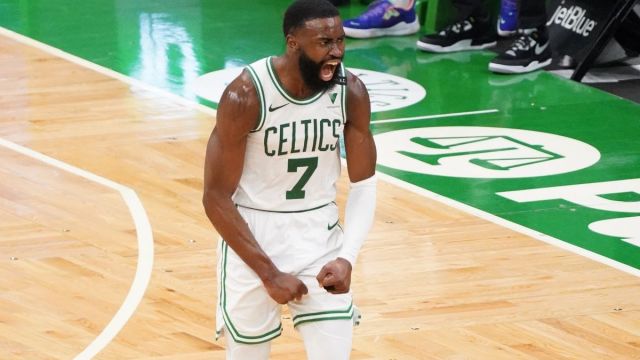 This Unreal Assist May Make You Think J.D. Martinez Is Hunter Renfroe