Kevin Garnett doesn’t seem like the type of guy who would get behind something he doesn’t believe in.

Even if it means he’s passing up money.

The retired NBA player and Boston Celtics legend was a co-star in Adam Sandler’s film “Uncut Gems,” a 2019 production in which Garnett plays himself. And though it was just a cameo, it has him seriously considering acting.

But he isn’t going to take on just any project.

“I feel like obviously the character that I played in the ‘Uncut Gems’ was myself, and I didn’t think that I can mess that up, and I felt confident in that.” Grenett recently told The New York Times’ Sopan Deb. “I’m getting some opportunities, just nothing that speaks to me. Some of the things that have come across my desk are just things that I can’t relate to and I don’t feel like fit me. But I have very high interest. I would love to do more movies if possible.”

Obviously, the Sandler film was a huge success, receiving a 92% approval on Rotten Tomatoes and a 7.4/10 on IMDb.

Hard to top that.

In the mean time, it looks like he and former Celtics teammate Paul Pierce are going to focus on their podcast instead. 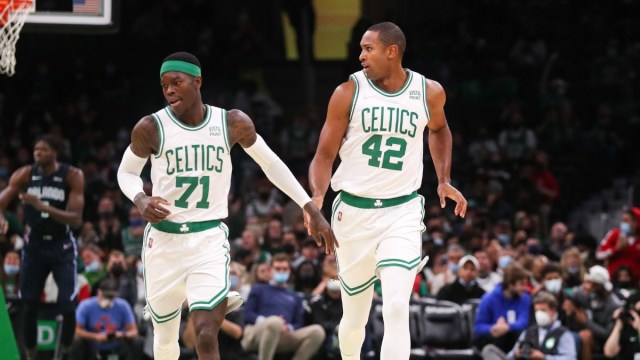 Here’s What Celtics Can Do With Lineups To Get Revenge Vs. Wizards