Would Tom Brady Retire As A Patriot? QB Leaves Door Open After Return Skip to content

FOXBORO, Mass. — Tom Brady and Robert Kraft might be on the same page.

Hours before the Tampa Bay Buccaneers earned a 19-17 win over the Patriots, New England owner Robert Kraft admitted he hopes Brady eventually retires as a member of the franchise that drafted him in 2000. Kraft did not specify whether he imagined a one-day contract for Brady or something else.

Brady beat around the bush a bit during his postgame press conference, but the 44-year-old definitely left the door open for an eventual Patriots reunion. His first apparent mention of it came during a response to a question about how special it was to win in Gillette Stadium as a visitor.

“It’s been a great stadium for me for a long time,” Brady said. “I don’t know what the future holds. Obviously could be an opportunity to come back here. We’ll see. I feel like I’ll always be a part of this community. I’ll be up here quite a bit when it’s all said and done. When I retire I’m sure there will be a lot of time for — you know, I have a lot of friends up here and it’s a great place.

“My kids were born on Beacon Street in the city. It’s been an amazing place for me, it still is. I obviously see a lot of familiar friendly faces, and great to see you guys, too.”

(Note: It’s possible Brady was referring to the possibility of playing another game in Gillette Stadium as a member of the Bucs. Tampa Bay would visit New England again in 2023 if both teams finish in the same position in their respective divisions next season.)

Brady then was asked specifically about the possibility of signing a one-day contract. After cracking a joke, he offered the following:

“(Kraft) didn’t offer me that,” a laughing Brady said. “… I still got some time left with the Bucs, and like I said, really enjoying that. We got a lot to accomplish this year.”

Asked one more time about the possibility of retiring as a Patriot, a coy Brady said: “I’m not sure.”

Make of all that what you will. But you definitely can insert the “So, you’re telling me there’s a chance?!” GIFs.

One other note from Brady’s press conference: He confirmed his postgame meeting with Bill Belichick inside Tampa’s locker room. Of course, he didn’t offer any specifics. 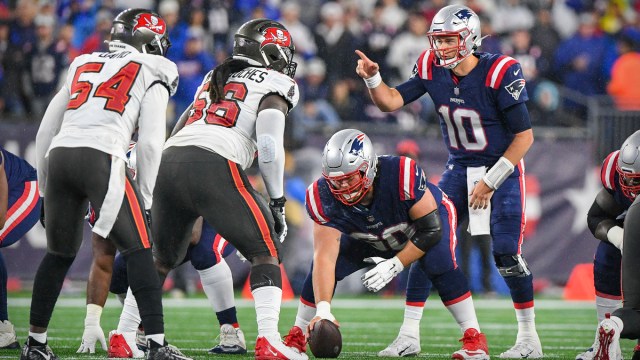 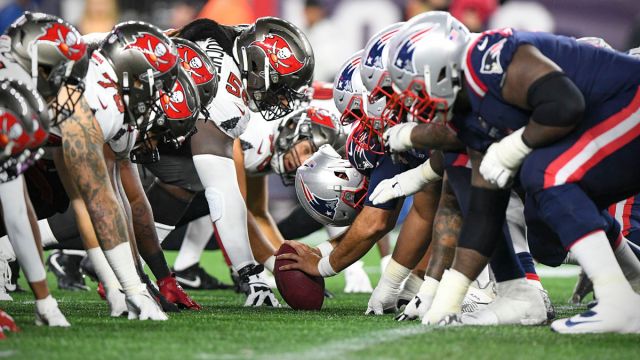 Julian Edelman Took Great Exception With This Call In Bucs-Patriots