The New England Patriots are in rough shape at running back.

There’s still a chance one or both could be cleared in time for this Sunday’s matchup with the Cleveland Browns, and the fact New England hasn’t added any additional backs to its roster or practice squad despite having room to do so inspires some optimism in that regard.

But if they aren’t, the Patriots’ only available ball-carriers would be third-down back Brandon Bolden and second-year pro J.J. Taylor, who’s been a healthy scratch for more than half of his team’s games this season, including each of the last two.

How would the Patriots proceed in that scenario? They could simply ride Taylor and Bolden while shifting more focus toward their Mac Jones-led passing game. Or they could pluck a player from another position group to fill out their backfield.

It wouldn’t be the first time.

Midway through the 2018 season, Sony Michel went down with a knee injury that sidelined him for multiple weeks. With Rex Burkhead already on injured reserve, New England was down to just two healthy running backs (James White and Kenjon Barner) ahead of a Monday night matchup with the Buffalo Bills.

Rather than making an external addition, head coach Bill Belichick called on multitalented wide receiver/kick returner Cordarrelle Patterson to fill that void. Patterson wound up logging 10 carries for 38 yards in a win over Bills, then 11 more for 61 yards and a touchdown against the Green Bay Packers the following week. Once Michel returned, Patterson transitioned back into his usual do-it-all gadget role but continued to see occasional reps at running back.

The 2021 Patriots don’t have a player with Patterson’s rare blend of versatility and play-making ability — he’s currently stuffing the stat sheet for the Atlanta Falcons — but they do have a pass-catcher with ball-carrying experience: Jonnu Smith.

Smith is a tight end, but both the Patriots and his previous team, the Tennessee Titans, have used him as a de facto running back on occasion. He has 10 rushing attempts over the last three seasons, including this 57-yard scamper in 2019:

The Patriots’ third offensive play of this season was a jet sweep to Smith. Smith also took a jet-sweep handoff against the Houston Texans in Week 5 and shotgun sweeps against the New York Jets in Week 7 and Carolina Panthers in Week 9.

None of those runs resulted in big plays — they went for 4, 5, 5 and 6 yards — but the Patriots have shown a willingness to use Smith in creative ways. Before this season, the last New England tight end to record even a single rushing attempt was Jacob Hollister in 2017 (one for five yards).

Throughout his career, Smith has been one of the best at his position at creating yards with the ball in his hands. He ranked in the top three among tight ends in yards after catch per reception in 2019 and 2020, according to NFL Next Gen Stats, and has kept up that pace even during his largely disappointing debut season in New England. Through nine weeks, he’s second among tight ends and fourth overall in YAC/reception (8.1), trailing only David Njoku, Rondale Moore and Deebo Samuel.

Smith wouldn’t be anything close to a one-for-one replacement for Harris or Stevenson, both of whom have run extremely well in recent weeks. In all likelihood, Taylor would step in as the lead back if both can’t go, with Bolden complementing him on passing downs. And this whole discussion would become moot if either of New England’s banged-up backs is back at practice Friday.

But if the Patriots remain shorthanded, don’t be surprised if we see a handful of Smith handoffs on Sunday. 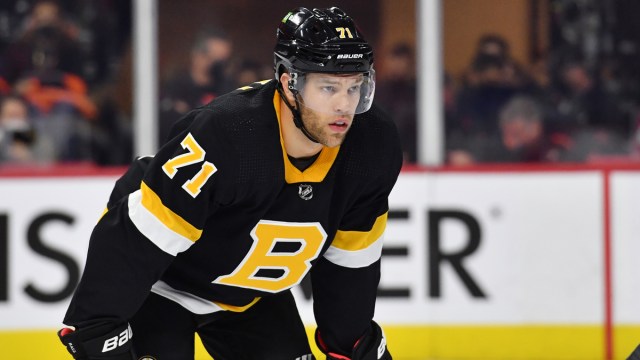 Bruce Cassidy Got Message Across To Taylor Hall, Puts Benching Behind Them 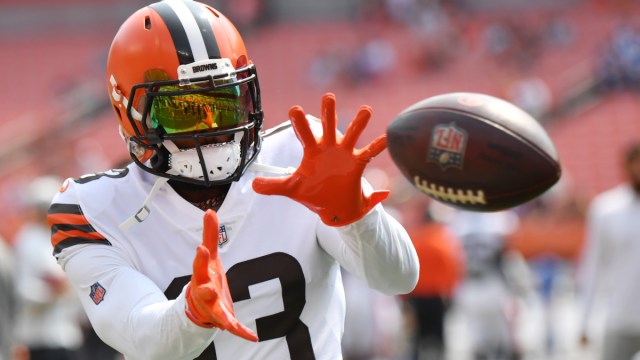 Odell Beckham Jr. Officially Signing With This Team Over Patriots