How Patriots Explain Turnaround, Hot Streak After 2-4 Start To Season Skip to content

FOXBORO, Mass. — A month ago, the New England Patriots’ season was on life support.

They’d just lost to the Dallas Cowboys in a high-scoring overtime shootout, dropping them to 2-4 on the season and 0-4 at home. Even in an era of extended schedules and expanded playoffs, another defeat or two would have all but crushed New England’s postseason hopes before the calendar flipped to November.

The new-look Patriots had been competitive to that point, but if they wanted the 2021 season to be anything more than one step in a prolonged rebuild, they needed to start winning.

Since falling victim to CeeDee Lamb’s overtime touchdown in Week 6, New England has rattled off three consecutive victories, sandwiching blowouts over inferior opponents (54-13 over the New York Jets and 24-6 over the Carolina Panthers) around a 27-24 road W over a Los Angeles Chargers team that currently owns the AFC’s third-best record.

That hot streak has shot the Patriots back into the playoff conversation. At 5-4, they now occupy the conference’s third and final wild-card spot and trail the Buffalo Bills by just a half-game atop the AFC East standings.

Ahead of Sunday’s matchup with the 5-4 Cleveland Browns at Gillette Stadium — a game that could have significant postseason implications in the AFC — players were asked to explain the Patriots’ midseason turnaround.

“My mindset, and I’m pretty sure a lot of guys in the locker room — every guy in the locker room — (was) we were 2-4, but every game, we could have won,” defensive tackle Davon Godchaux said. “Each game — Cowboys, Tampa, Miami — there was never a game where you were like, oh, we got blown out. … I think each game, we could have won. The Saints game, we had a little more turnovers than usual, but specifically the Cowboys, Miami and Tampa came down to the end — like, the last two minutes of the game. …

“We knew we had a good team all along. You kind of see that right now with our three-game win streak, and we’ve got to keep it going this week against a good Cleveland Browns team.”

Even against New Orleans, the Patriots trailed by just eight midway through the fourth quarter before the Saints staged a long touchdown drive and won 28-13. Since that sloppy Week 3 defeat, New England’s only losses have come in one-score games against top-tier teams: 19-17 against Tom Brady’s Buccaneers and 35-29 against Dallas. The Patriots also lost to the Miami Dolphins 17-16 in Week 1 after Damien Harris lost a fourth-quarter fumble in the red zone.

“It just says a lot about the guys we’ve got in the room,” wide receiver Jakobi Meyers said. “A lot of great leaders. A lot of great character in the room. Just everybody bonding together, going out there and fighting hard. Knowing that we’ve got something special in the locker room, and just being able to just keep our head down and working.”

Having overhauled their roster this past offseason, it took several weeks for some of the Patriots’ newcomers to fully integrate. Tight end Hunter Henry, for instance, was a relative afterthought early in the season but now has caught touchdown passes in five of his last six games. The Patriots’ run game hit rock bottom against Tampa Bay (-1 yards on eight carries) but has since flourished, posting three straight 140-yard showings. The team’s retooled front seven also experienced early struggles, especially against the run, but has elevated its game of late.

“Just the resolve of the team,” he said. “We’ve got a little bit of a younger team altogether, and we’ve got some veteran guys in each group. Those are the times where veteran guys have got to stand up. Some guys might feel this way or feel that way, but just kind of steer the ship a little bit. Coach does a really good job of that, but there will be times where, as players, you’ve kind of got to step up. … Guys bought in, and each week, we’ve gotten better.”

Patriots players were preaching positivity even amid their early-season stumbles. After the Cowboys game, cornerback Justin Bethel said New England was “a good team with a bad record.” Wide receiver Kendrick Bourne insisted the team had “the pieces we need — they’re right there.”

It’s now clear the Patriots are a much better team than their mid-October record indicated. But they haven’t clinched anything. There still are nine long weeks to go before playoff seeding is finalized, and the AFC is a bottleneck, with nine of its 16 teams currently sitting at exactly five wins.

In a race this tight, even a brief skid could send the Patriots tumbling down the table.

“We know what’s ahead of us,” Meyers said. “We know what’s at stake. But at the end of the day, we’re professionals. We’ve got to take every day one day at a time. If you look too far in the future, you won’t be able to focus on what’s going on right now.”

The task at hand for New England is defeating a Browns team that boasts an elite run game, offensive line and pass rush. The Patriots could catch a break if Pro Bowl running back Nick Chubb isn’t removed from the reserve/COVID-19 list in time, but even Cleveland’s reserve backs have been productive this season. Third-stringer D’Ernest Johnson went for 146 yards in a Week 7 win over Denver while Chubb and Kareem Hunt (who is on injured reserve and won’t play Sunday) were sidelined.

“Everyone’s been talking about how well we’ve been doing, and I’m sure (the Browns) are going to see that as motivation and inspiration or whatever,” Hightower said. “… It’s going to be good up front. It’s going to be a battle of the trenches, and I think the game’s probably going to be won there.” 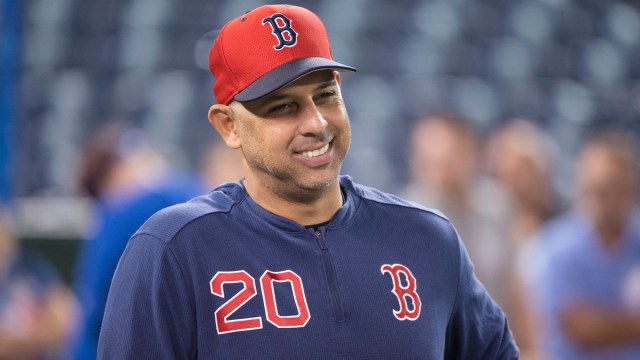 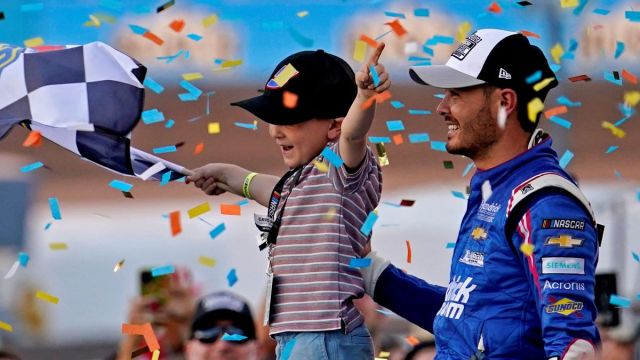